Ljubomir Cerbic from Serbia remained neither alive nor dead within two days after he had suffered a serious heart attack. The man died 17 times but each time doctors revived him; this is an unprecedented medical case. “Each time I was standing in front of the Apostle Peter's Gates doctors raised me from the dead,” Cerbic said after he regained consciousness. 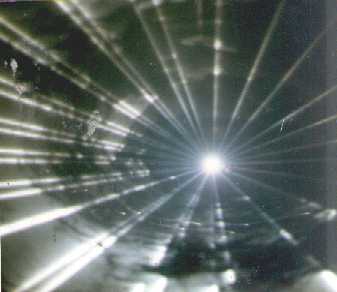 Pensioner Alexey Yefremov from Russia's Novosibirsk had several skin grafting operations after severe burns. The man's heart stopped during one of the operations. Doctors managed to raise him from the dead just in 35 minutes, which is atypical because usually clinical death lasts for 3-6 minutes, and then human brain suffers irreversible changes. But Alexey Yefremov is of sound mind after the clinical death.

Clinical death is a marginal condition when doctors register no heart activity, breathing; functions of the nervous system fade, but metathetical processes still go on. This condition lasts just for several minutes and then biological death comes when recovery is impossible.

Some people who happily rose from the dead told they saw some bright light during clinical death and met relatives and friends who were already dead by that moment. Others said they remembered episodes of the Judgment of God. Some patients said they left their bodies but stayed nearby, or traveled somewhere and got to some other reality. Moody's book caused serious confusion among average men as well as among scientists. Does it mean that afterlife actually exists and death is just a transition to a better life? Moody was not the only researcher who conducted similar investigations; other researchers also came to the conclusion that there was no death at all.

Soviet reanimator Academician Negovsky explained the afterlife experience in his book “Clinical Death As Seen by Reanimator:” “Unfortunately, researchers in foreign countries (especially in the USA) are often inclined to interpret such phenomena as proof of existence of the other world. At that, researchers are guided by stories told by patients who experienced the near-death condition. They treat stories told by different patients (these stories are often identical) as the argument. However, this is a really poor argument, as the pathological product of dying or reviving brain is of the same type with people in different countries. The evolution maturity of brain is practically the same everywhere. The brain structure is standard which means that the patterns of brain’s death or reviving are typical as well.” Besides, the academician said he never heard his patients tell stories about their near-death experience before they rose from the dead. Negovsky said that hallucination could occur during near-death condition, but no clinical death is registered at this moment. The academician added that people could not perceive the outer world during clinical death because the cerebral cortex is inactive at that. “We may suppose that brain revives after clinical death and goes through the basic stages that it had experienced while dying; that is why people may have some experience typical of agony.”  The Soviet academician also explained the phenomenon of “light at the end of the tunnel”: he said it is “tube” vision that arises as a result of hypoxia in the occipital lobe cortex.

Russian reanimator Nikolay Gubin believes that the tunnel phenomenon is the result of toxic psychosis; and American doctor E.Rowdin supports this opinion. Patients say that they see episodes from various periods of their lives when they die. Doctors suppose that probably dying begins with newer structures of the brain and ends with the older ones. However, reviving of the brain is a reverse process where older parts in the cerebral cortex revive first. That is why episodes from earlier periods of life come back before others during reviving.

Two years ago, Swiss researchers claimed they found out how people leave their physical bodies during clinical death. They say one convolution in the right part of the brain is responsible for this sensation. They said the convolution collects information from different parts of the brain to form an idea of where the human body is at some particular moment. At that, signals of some nerves mat follow a wrong trajectory; as a result the brain forms a wrong picture when people see themselves as from outside.

But some phenomena of the afterlife experience are still a mystery even now. Doctors cannot explain how blind people could saw what was going on in the operating-room at the moment they were dying. In fact, a research conducted by American Doctor Kenneth Ring proves the phenomenon was registered with 200 blind men and women.

However, there are some scientists who explain afterlife not with physiological processes going on in the human brain. Psychologist Watson thinks that people recollect their birth while dying. He says that people see death for the first time in delivery when we come to this world. It is also supposed that such visions are connected with molecular and atomic changes in the energetic cover of the body. This structure also dies when a man dies; at that it produces corpuscular radiation which people treat as strange visions.

Researches of unusual conditions during clinical death are still popular. Today, many researchers believe that human conscience still remains alive even after death. Leading doctor from the Southampton hospital Sam Parnia claims there is no doubt that some people still can reflect and recollect when their brain no longer functions. The doctor and his colleagues insist that the conscience, or the soul, of a patient still think and meditate even when the heart and the brain do not function and the patient does not breathe. Academician with the Russian Academy of Sciences Natalya Bekhtereva also believes that life still continues in some form after death.

Today, there is no serious prove or refutation to the after-life theory, as nobody has ever returned from “the land of death” (clinical death is not ultimate death). It should be mentioned that not all patients who rose from the dead remember their experience. There are people who saw neither tunnels, nor light or dead relatives. They saw nothing and did not leave the body during clinical death. But many people state they now after clinical death have different views on life. They appreciate life and feel they are no longer afraid of death.  One patient said he treats life as a precious gift and benefits from every moment of it.