Men are not so black as women paint them

Women have made up a lot of myths about men: men do not cry, all men are womanizers, they are liars, selfish and mean individuals. The real state of things is different contrary to such sad stereotypes. 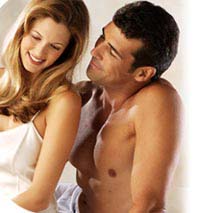 Myth number one: Feed a man well to win his heart.

Only an inveterate bachelor, who is used to eating fast food and microwave stuff, can be attracted to cooking abilities of a woman. Any man will definitely appreciate, if a woman cooks a delicious dinner for him. However, modern men need woman's attention rather than her food. A man will be happy to eat just fried eggs instead of a cuttlefish, if a woman cooks and serves those eggs in a loving way.

Myth number two: It is a man, who is supposed to show initiative.

Men can often be really shy when it comes to relationship. It takes too much effort for a man sometimes to be the first and dare to do something. A lot of men live with child's complexes and apprehensions. An adult man remains a little boy inside, when he did his best to annoy a girl he liked instead of displaying affection to her. A woman is recommended to be a bit more enterprising, although too much effort on her part may stun a man.

Psychologists say that 90 percent of men are certain that love can last forever. Men's and women's love feelings differ: the “love-friendship” feeling is typical for women, although men are usually characterized with “love-passion” experience, which is considered impossible without sexual contacts.

Myth number four. Men appreciate only the outward beauty of a woman.

All men are obviously attracted to pretty women. Beauty, however, ranks third on men's list of preferences after sex appeal and charm. A woman can act more spontaneous, ironic and mischievous to win a man's attention.

This is not really true. Men value straightforwardness in women, but a woman can easily scare him off, if she dwells too much on her exes or her thrush. A woman is supposed to be a master of understatement. In addition, mystery is always intriguing.

Myth number six. The worse you treat a man, the better he treats you.

There should be certain limits set at this point too. If a woman acts too cold with her man, or if she torments him with never-ending caprices, mockery and arrogance, a man will surely prefer to stay away from such lady. Specialists believe that such behavior may seem attractive only to gentlemen with extremely low self-appraisal, or masochists.

Myth number seven. Men think about their own orgasm only in bed.

One shall agree that such selfish men are in the minority. It just so happens that men often come to their finish first, leaving a lady unsatisfied. Such occurrences are typical for males on account of physiological peculiarities. When a man reaches the paramount of the sexual excitement, a woman is usually in very beginning of the process. It is easy to remove the nature's annoying blunder, though, if a man pays more attention to the sexual prelude. That is why the opinion about men's sexual selfishness is obviously exaggerated.

Doctors say that the constant suppression of negative emotions is fraught with heart attacks and strokes. Furthermore, psychologists believe that moments of weakness can be vital for all individuals at times. Only critical situations can make a person spiritually stronger.

A man is not a robot. He is just a human being, and it is absolutely natural for him to hesitate and question his actions sometimes. A woman should not reproach her man of being an irresolute person. Let him consider and compare all opportunities to make a correct decision.

Myth number ten. Men are heartless beings; they are unable to experience something moving.

A man can be filled with a thunderstorm of emotions. Men can be a lot more vulnerable than women when it comes to conflict situations. A wise woman will find a key to her man's heart instead of labeling him as heartless and callous.