Russian mothers, who habituate their children to cellular phones, represent a national danger

The University of Massachusetts has recently published the list of least popular inventions of the mankind. A cellular phone topped the list. About 30 percent of Americans confessed that they had a very strong aversion to cellular phones. A specialist of the Institute of Psychology of the Russian Academy of Sciences, psychologist Olga Makhovskaya, tried to analyze the meaning of cellular phones for her Russian patients. 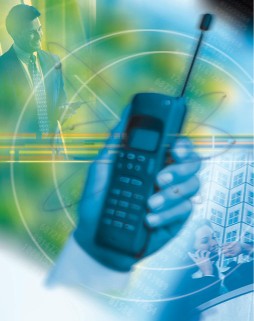 According to the study, Russian people, young managers of Western companies, spend about 80 percent of their time on the so-called informal communication. People talk too much about football, beer, music, but very little time is paid to important matters. When Russian brides come to their foreign admirers, the latter will inevitably experience a shock over phone bills.

It is an open secret that 10-15 percent of Internet users become thoroughly engrossed in surfing the net and spend all their days online. Mobile communication has its own risks too. There are people, who can be described as neurotic, troubled individuals, who constantly want others to tell them that everything will be just fine. Most often, they are women in need of psychological support. As they say, men like seeing – they prefer to look for explicit materials and porn websites on the Internet. Women, however, like hearing – they become addicted to mobile communication, which is especially typical for Russian women. The group of risk in the USA consists of men between 14-45 years of age (the majority of them are businessmen). In Russia, however, there are no age limits at this point: even 80-year-old grandmothers learn to use a cell phone.

Psychologists refer to the new generation as the “thumb generation” or “clippers.” They spend their youth playing video games and pressing buttons on remote controls, and now they are addicted to sending SMS messages. Parents constantly complain on being unable to speak to their children for at least five minutes, because they never leave their phones alone, receiving and answering text messages. One should bear in mind the fact that young people are in dire need of communication between 17-25 years of age.  As people grow, they start regulating and restricting their contacts. Parents can only try to explain to their children that it is not nice to talk to someone in mother or father's presence.

If a married couple is very active on the phone with each other at work, for instance, they have nothing to talk about when they come home. Telephone communication drives away all passion and sexual motivation. As a rule, young people use their phones excessively, but when they meet once a week, they can only look each other in the eyes and hold each other's hands. Mobile communication gradually displaces normal human contacts; a voice in a cell phone becomes a replacement for significant and mysterious looks, subtle and passionate touches. Unfortunately, friendly, merry and meaningless words become more and more important in everyday life.

Russian mothers, who habituate their children to cellular phones, may represent a national danger. They call their kids at school or when they are crossing a road; sometimes they ask their children to call them on every short break. The result of such mobile upbringing may become a serious problem in Russian children's lives.