Man revives 22 days after being killed and buried

A human being is capable of changing and impeding time in an emergent situation, in a desperate attempt to stay alive. Nature provided incredible an ability to people, although one can use this ability once in a lifetime. The majority of people face it only once, during the moment of death. We never try to train this quality or turn it on, which makes it lose its efficiency and power as life goes. Nevertheless, this so-called “time control organ” is always in action, the time of every individual changes, although only highly precise devices can register this change (an atomic clock or synchronized quartz resonators). 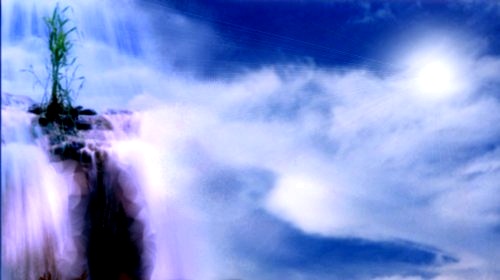 The time control organ exercises itself sometimes, which creates a rather extreme environment for an individual. Have you ever had dreams when you are falling down from a huge height? An opinion poll showed that it is one of the few typical night dreams that people see several times a month. When an individual 'hits the ground' in a dream, he starts twitching, although he was absolutely relaxed just a minute ago.

”I was flying above the houses and it seemed absolutely natural for me. However, I was shocked when I felt that I had lost the support in the air. I plunged down like a stone. It was a horrible moment to experience. I was trying to catch something on my way down, but I could not. As far as I can remember, I hit the ground and woke up instantly. I was covered with sweat all over,” a girl named Oksana said describing her dream.

”Some black spiders pushed me into the abyss.  I was falling down very fast and woke up as soon as my body hit the bottom of the abyss,” a man named Oleg said about his dream.

”No matter how hard I tried to run away from those monsters, they caught me despite all my efforts. One of them opened up its horrible jaws and clinched its teeth on my stomach. It was such a disgusting feeling. It started devouring my guts, I hit the monster with my fist, and as I woke up I saw that I broke the wooden door of a wardrobe in a dream. It was unbelievable!” young man Yury said.

Such dreams do not have any hidden meaning – the time control organ tests itself. A dream like that means that the organ is in normal condition and it will be able to save your life, if similar events occur in reality.

However, numerous stresses that people experiences in their lives, exert negative influence on the time control organ, damaging its possibilities to react. Nature or God did not even presume that humans would be so stressful in their everyday lives: family quarrels, arguments at work, and so on. Long-living people of the Caucasian origin, for example, are deprived of all these “benefits” of the modern civilization.

A lethargic sleep can be paraphrased as 'frozen time.' Translated from the Greek, it means oblivion and inaction. A person in a lethargic sleep outwardly reminds a dead body – such death may last from a minute to several years. Most often, a lethargic death lasts for several hours. All chemical processes in the body become suspended, organs of senses, except for the eyesight, continue fixing only long-term irritations. Moreover, if a person's lethargic sleep lasts for decades, the body will not be ageing. When an individual 'wakes up', he catches up with the skipped decade or two in just a couple of years. A lethargic sleep is closely connected with the time control organ: a deep and unnatural sleep may occur after a person experiencesa very strong stress (a catastrophe, or a relative's death).

The longest lethargic sleep incident is mentioned in the Guinness Book of Records. It happened to Nadezhda Lebedina (born in 1920 in Russia's Dnepropetrovsk region). The woman had a very big argument with her husband in 1954 and fell asleep because of the stress for 20 years. Nadezhda recovered only in 1974: doctors concluded that she was an absolutely healthy individual.

A stockman, named only as Granatkin, from a district food base in one of Russia's towns, had to have a similar, albeit a more horrible experience in his life. A man named Mechnik attempted to kill the stockman: he hit him on the head, took the body to the forest and buried it under the snow. Lumber-men incidentally uncovered the frozen body and took it to the morgue. A local pathologist refused to do the autopsy - the body was too hard. The next day the pathologist said that the man's eye pupils did not look like dead. Furthermore, the man's nails turned pink after the doctor pressed them in his fingers. The man spent 22 days lying under a thick layer of snow, but it appeared that he was still alive. The pathologist diagnosed a deep lethargic sleep, which had been caused with a blow on the head. To everyone's great astonishment, stockman Granatkin came to his senses and recovered. He was lucky to wear very warm clothes on the day of his murder; the snow saved him from severe frost too.

Talks and rumors about the lethargic sleep were widespread two centuries ago. A lot of outstanding people, including Russian writer Nikolai Gogol, were afraid of falling asleep for good. Apparently, Gogol fell into a lethargic sleep: he was buried alive, as it turned out afterwards. This disease does not occur in our times, though. The last occurrence happened in 1993, when a patient recovered from profound sleep in a US hospital. Does it mean that people have developed immunity against stressful situations? It is not ruled out that stresses have become more frequent in the modern society and destroyed the time control organ in people. On the other hand, doctors often consider their sleeping patients dead and send them to either a graveyard, or a morgue, where pathologists eventually kill them during an autopsy. A selective inspection of coffins, which had to be moved from one graveyard to another in England, discovered four skeletons, the positioning of which in the coffins showed that the “deceased” people came to their senses after they had been buried.

The above-mentioned incidents describe the anomalous, unhealthy conduct of the time control organ. Modern medicine has registered several incidents, when five-year-old children died of their old age! There are several African tribes, which consider it normal, when a girl of five or eight years of age gives birth to a child and then dies from the old age at 10-18 years.

Needless to say that the existence of the time control organ has not been proved. Scientists, however, believe that the organ is possibly situated in the brain, in the hypothalamus. Some specialists say that this organ is the so-called “third eye,” others say that it is situated in the spinal cord. Most likely, it goes about a qualitatively new function of brain cells, which are interconnected with one aura, scientists say.

Our ancient ancestors were probably aware of the phenomenon. At any rate, modern shamans and yogi know how to hamper the time and come out of their bodies for a while.