The world's largest crossword puzzle comprising more than 64 thousand words was made by hand by a Russian family couple living in the town of Borisoglebsk, Southern Russia. The crossword contains 64,371 words, roughly 10,000 words more than in a crossword by Roger Boucart, a Belgian man who held the previous word record for the largest crossword, according to Interfax News Agency. 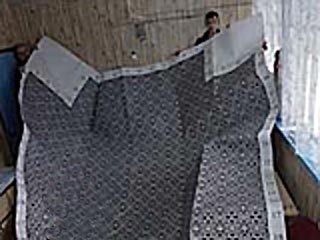 It took Svetlana and Semion Belyaev seven years to prepare the puzzle and a two-volume questionnaire. “Actually, the crossword looks like a poster measuring 6 by 8 meters. It will take one at least two years to solve it,” says Svetlana.

Svetlana, a housewife, decided to break a new world record when she found out that all Russian-language multiword crosswords contained a lot fewer words as opposed to crosswords published abroad. “I couldn't have pulled it off without my husband,” says she.

There is neither a word nor a surname occurring twice in this new and now the biggest crossword in the world. The Belyaevs spent nearly six months checking it for any spelling mistakes. They did not cross out a lot of definitions, though. Finally, 349 word sections were transferred to the sheets of Whatman paper glued together. 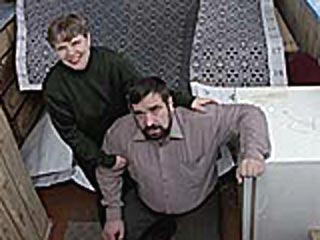 The giant crossword was put for display in a local theater. It had to be spread over the backdrop of a stage setting, the only place suitable for showing it off to the full.

“I'm not sure if we should send an application to the Guinness Book of Records, they seem to consider the crosswords made only in English, but I do believe that our crossword is quite eligible for the national books of records,” says Semion Belyaev.