Russian Orthodox society intends to build a church in Cuba 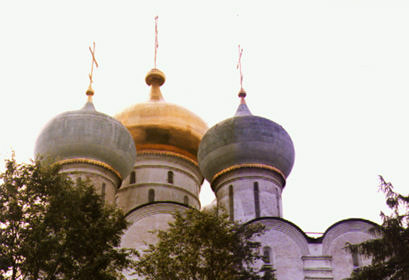 “An overwhelming majority of Orthodox residents are natives of the nations situated at the canonical territories of the Russian Orthodox Church of Russia, Ukraine and Byelorussia,” states the declaration of the Union of Orthodox citizens.

There no more than fifty parishioners at the Constantinople Patriarchy, informs the document. However, it was this particular Patriarchy that initiated the opening of the church right in the center of Havana. The Patriarchy has been officially welcomed by the country's leader Fidel Castro.

Authors of the declaration reminded Cuban authorities that the country has not provided Moscow's Patriarchy with neither a church nor a simple room. Therefore, they have no other choice but to conduct services at the Russian Trade Mission building.

Russian Orthodox believers expressed their anger and frustration at Cuban authorities. “They simply ignore and humiliate thousands of Orthodox Slavs, who have been slaving for Cuba for decades while developing the country's industry, army and power engineering.”

Russian Union of Orthodox residents regarded the Patriarchy's connection with the opening of the Orthodox Church as a continuation of “the split of Orthodoxy in Estonia and a slight flirting with the idea of possible split in Ukraine.”

“Why don’t they proceed with the mission in the regions where Orthodoxy is not a practicing religion?”

Authors of the declaration deny comments of several media sources regarding the fact that the Constantinople Patriarchy represents the main headquarters for about three hundred millions of Orthodox Christians worldwide.

“A pompous meeting of Patriarch Varfolomei I, escorted by a delegation of American Protestants and Cuban authorities somewhat resembles a challenge to Russia. Moscow has left Havana and Cuba turns to Washington with the Constantinople Patriarchy by its side. However, Orthodox Christians along with believers of the Russian Orthodox Church are the ones to suffer as a result of this Havana's demarche,” declares the Union.

Leaders of the Union plan to visit Cuban ambassador to Moscow personally in order to clarify the details of the case.