One should have a critical attitude to such stories 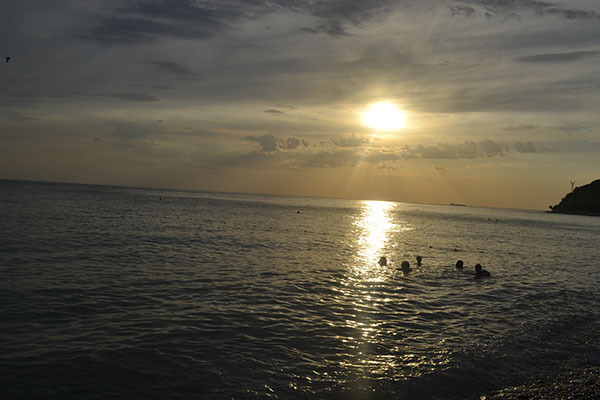 There is Envaitenet island on the Kenyan Rudolf Lake. Local tribes say that the name of the island translates as "no-return." It is a rather small island - just several kilometers wide and long. Local people do not live on the island, because they think that it is a cursed place. Researchers of anomalous activities believe, there are a lot of such places in the world, from where people do not come back. Russia is not an exception in this respect.

English explorer Vivian Fush's expedition was working in Kenya in 1935. His two colleagues - Martin Sheflis and Bill Dayson left for the mysterious island one day. Fifteen days passed, but the two scientists did not return. Fush sent a rescue team to the island, but they found no trace of their friends - just a deserted village. The island looked totally abandoned, they never found anything even with the help of a plane.

Local residents told Fush that people used to live on the island many years ago, they communicated with the people on the mainland. However, the island residents suddenly stopped coming to the mainland at all. When several courageous men came to the island to see what happened, they saw a deserted village with no people at all. "Scouts" left the island very quickly, and nobody ventured to go there again.

People sometimes disappear in front of other people's eyes. American magazine History of Scientist described an incident, when a 13-year-old boy disappeared in his relatives' presence, but then was found on the same place several days later. The incident happened on July 30th, 1960 in Ontario. Here is another story: Frank (19 years old) was sitting in his car in 1982, when he suddenly saw a bright spot that was moving slowly towards the ground. His friends were loading their things in the car at that moment, and they saw the same. Frank drove the car to the site, where the bright ball fell down. When his friends ran up to see what happened, they saw that their friend's car had been "cut" into two: the rear part of the car was standing on the road, but the front part could not be seen because of the column of blinding light. Frank could not be found anywhere. He appeared two weeks later, wearing the same clothes. The young man could not remember anything, he could tell his story only with the help of the hypnotherapy. He said that he saw a small luminous ball on the bonnet of his car. Then he found himself in a laboratory, all filled with various devices and sensors. Frank said that there were a lot of moving luminous balls in the room. When he recovered, he thought that it was just a dream.

Astronomer and ufologist Alan Haynek has published a collection of stories devoted to mysterious disappearance of people, having called it "closed contacts with the third nature." A lot of such abductions have been documented in detail, like the story with Betty and Barney Hill from New Hampshire. In September of 1961, Betty and Barney Hill were returning home after a holiday in Canada when they became aware of a strange light following behind their car. This kept pace with them for very nearly an hour. Curious to know what it was, they stopped by the roadside and studied it through binoculars. At this point figures began to emerge from the craft - humanoids dressed all in black, with piercing blue eyes. Terrified by this amazing apparition the Hills got back in the car only to discover they had instantly been transported at least 35 miles away. Even more amazingly an hour had elapsed in little more than several seconds.

Such "sensations" appear in the Russian press too. Newspapers wrote that Olga Volkova from the city of Perm had been abducted by extraterrestrial beings that scanned her brain, tried to implant a chip under her skin, but the woman managed to escape. Five-year-old twins Tanya and Sonya Komarova from Saratov allegedly disappeared from their kindergarten and then unexpectedly appeared there again about three hours later. The two little girls could not explain anything properly, they just said that "a little sun was whirling in the ceiling, then it came down and ate us." Muscovite Oksana Nerazova was going to a shop, but then she found herself a hundred kilometers far from her house. She remembered that she had seen strange beings of the extraterrestrial origin.

Professor Rudolf Nesmelov from the Institute of Ecology and Evolution of the Russian Academy of Sciences, believes, one should have a critical attitude to such information. "A detailed analysis of such incidents often shows that people take natural atmospheric phenomena for mysterious luminous balls or spots. Big planets like Saturn or Jupiter often look like luminous spots at night. Bald-headed creatures with tentacles that scan people's bodies and heads are usually a vision that appears as a result of a certain state of mind. Disappearing planes, ships and people are usually jokes and hallucinations. There is no objective evidence to prove such incidents," the scientist believes.