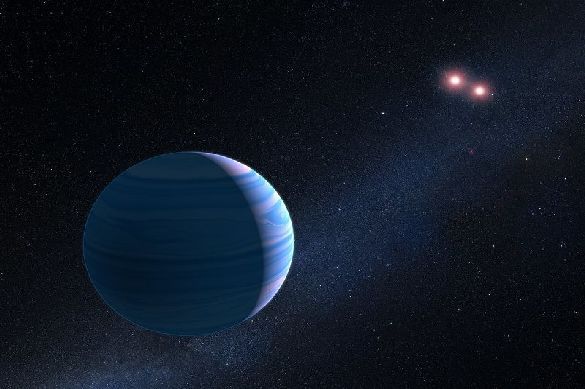 Are we satisfied with the world we live in? Are the decisions taken by our authorities protecting us? Here is what we demand, a New World Movement.

Let us start by looking at the world around us and let us ask the question, is this acceptable?

The Planet, where all of us live and which we share as our common home, alongside our brothers and sisters, the plants and animals that we are supposed to cohabit with, is polluted from the depths of the oceans to the sea shores to the rivers, to the steppes, to the plains, to the forests, to the air we breathe and even space.

Our authorities have not prevented this cess-pool

Where were the authorities?

Where were our authorities when I was warning that this would happen, not days or weeks, but months ago? Why, they were saying "we do not recommend any travel or trade restrictions. We recommend people to be vigilant".

Vigilant? Yes, we saw it unfolding before our very eyes. We saw it spread like a dark cloud taking away our grandparents, our parents, our siblings, children and grandchildren. We saw it take away our jobs, our homes, our futures, our livelihoods, our dreams and our hopes. And our authorities did absolutely nothing except squirm like landed eels and squeal like pigs being led to the slaughterhouse, saying "we were not to know" and claiming "we are doing our best".

Well, they were to know because I was telling them before it happened and their best is not good enough, is it? I am sitting here typing this while people who have spent their entire lives doing as they were asked to do, paying the taxes they were asked to pay, are lying in a hospital bed, where they entered without Covid, and now have it, where some are not being fed because the healthcare system cannot work out how. We cannot feed them but we can send rockets from the bottom of the ocean out into space. We cannot feed them but we can exterminate whole tribes of indigenous peoples in the Amazon (the next reservoir of some unspeakable virus which makes Covid look like a grandmothers' tea party). We cannot feed them but trillions of dollars are spent on weapons systems to murder people. Every year. Doctors are walking around dazed because they are on 24-hour shifts with plastic trash bags over their heads because health authorities cannot provide them with enough protective equipment but there is money for submarines?

OK so in reply, I am launching the New World Movement, based upon two very basic and simple universal principles: the 50/50 precept and accountable governance.

The 50/50 principle dictates that humans infect and infest only half of the planet, leaving the other half to those who live in syntony with it, understand it and tap into its resources. Humans destroy it, cannot understand it, cannot live with it, cannot live with the other inhabitants - we exterminate them - and destroy the resources before they can be replenished. Covid-19 is the reaction, the first of many powerful waves which humankind is powerless to stop.

Accountable governance is not some Quixotesque dream, it is an absolute must. Until now, the elites, through the elected political class and the unelected echelons of power groups, have been governing the world, telling us they are keeping us safe and doing things for our own good. Well they haven't done a very good job, have they? How safe do you feel when going out to buy a loaf of bread?

So in future they can have their mass orgasms at NATO meetings over new equipment, they can buy their submarines, develop  ninth-generation wacky and wizzy fighters which murder hundreds of people in a split second but we will demand something in return, and here we need to network.

For every tank, we want ten ventilators

For every bullet bought or produced, we demand that a doctor is equipped with protective gear. For every tank, ten ventilators. For every million dollars spent on weapons systems to murder people and relegate families to a lifetime of misery, we demand an equal amount be spent on education and on healthcare systems. For every military aircraft produced, a hospital ward, fully equipped to deal with such nightmarish situations as we shall see tomorrow.

Covid, mark my words, is a walk in the park and in these things, I am systematically right, unfortunately. We do not want a world in which orang-utangs fall scorched to the floor to be burnt alive, roasted, because some company has bought the land to produce palm oil. We do not want to see the Amazon destroyed because a bunch of Brazilian elitists want land for cattle ranches or to plant soya. We want our forests protected, nurtured, replanted. If not, Nature will react and will continue to react until we are destroyed and eliminated. We are the problem, Nature is the solution.

We want to see development, not deployment of troops, we want to learn together, share cultures and traditions and customs, not look at each other down the barrel of a gun.

The New World Movement is in its first steps an International Platform to pool ideas and present them to our elected representatives. Not as ideas, but as demands. And if our elected representatives are incapable of doing anything because they are afraid their lobby masters will cut their income or because they are afraid of those who pull their strings for other reasons, then we will deselect them, it is perfectly legal and democratic and within the existing system. After that, if necessary, I will launch a pluri-continental, supra-national political party, under which certain existing parties and leaders can stand if they wish, under which new political formations can develop. The message is perfectly simple and clear.

As a first step, at the very minimum, we demand that our authorities respect our birthrights. This means:

1.      A multilateral approach to crisis management

3.      Respect for our fellow human beings and all the animals we share this planet with

5.      Education, not only through the primary and secondary phases but throughout life, like a conveyor belt accompanying us, where we can learn new skills and adapt to a changing workplace at any time

8.      An end to the trafficking of harmful substances

This is not asking too much, it is demanding new guidelines, outlining the sort of society we wish to live in. What we have today is totally unacceptable, with trillions of dollars of resources being wasted while people are dying, starving, being beaten, abused and left helpless by those who claim they were taken by surprise and were incompetent to fulfil their job specifications.

Part of Management with a capital M is planning in advance and forecasting scenarios. If I can, they could.