Prominent Russian billionaire entrepreneurs spend their time and money not only on entrepreneurial activities. There are dedicated collectors among them, too. Some of them approach their hobby as professionals, rather than enthusiastic amateurs. It is pleasing when such wonderful collections can be accessible for most of us, but many wealthy Russian collectors prefer to enjoy their acquisitions all by themselves. 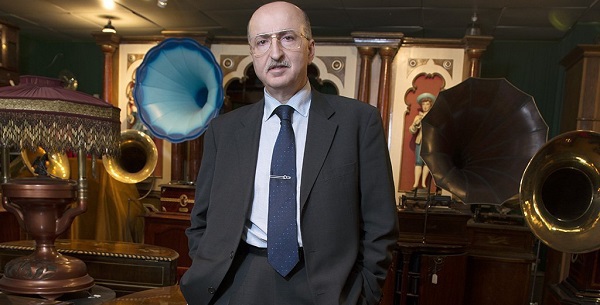 Without exaggeration, the name of Victor Vekselberg, president of the Skolkovo Foundation, chairman of the board of directors of Renova group of companies, and concurrently founder of the Cultural-Historical Foundation The Link of Times, is associated with the return of the bells of the Holy Danilovsky Monastery and the archives of Russian philosopher Ivan Ilyin to Russia. The first project of The Link of Times Foundation, namely, the acquisition of the world's largest private collection of great Russian jeweler Carl Faberge caused quite a commotion a while back. All acquisitions of the foundation, with the exception of the reconstructed Russian settlement of Fort Ross in California, are kept at Russian museums and universities.

Billionaire David Yakobashvili shares Vekselberg's patriotism. The would-be chairman of the board of directors of Wimm-Bill-Dann, David Yakobashvili, used to be a sound engineer in the days of his youth, repairing radio receivers and tape recorders. Probably, like any musically gifted Georgian, he had "Melodies of the Vera Quarter" playing in his head. In his mature years, his hobby evolved into a passion for collecting, and on the eve of the millennium, the Russian entrepreneur came up with an idea to establish a museum, which was subsequently given the modest name of "Sobraniye," which translates into English as "collection," or "meeting."

This collection, which is one of the largest private collections in the world, contains about 20,000 exhibits. In the building located at the intersection of Solyanka Street and Yauzsky Boulevard, one can see the plenty of sound and musical equipment: from phonographs and phonograph records dated from the beginning of the last century to perforated paper discs and vinyl records from the end of the last century.

The eyes of the visitor involuntarily catch self-playing musical instruments and mechanical pianos, orchestras and barrel-organs. The visitor would stand in front of a shop window with smaller music boxes on display, imaginatively stroke the phonograph bell while listening to the sound of the ticking clock.

The visitor, who shares a passion for music, will be impressed by the artifacts that are in no way related to Euterpe, the muse for music, because extensive museum collections contain works of decorative and applied arts, paintings and graphic designs. Particular attention should be given to the richest collection of Russian bronze, antique silver, glass and crystal of domestic and foreign production, as well as to the collection of ancient geographical maps. 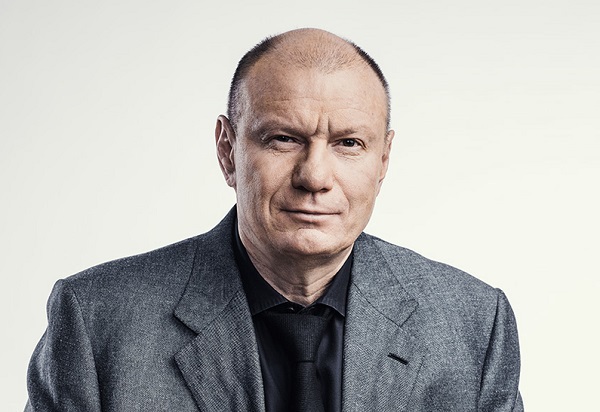 Vladimir Potanin, the head of Interros conglomerate, owns the world's largest collection dedicated to the Olympic movement. This is not surprising at all, because his son and daughter had won top prizes in world aquatic competitions. Potanin himself had done a lot for the triumph of the Sochi Olympics. His collection currently counts about 400 artifacts and grows larger still. The collection includes items of gold, silver, bronze, commemorative medals, torches, prize-winners' diplomas, honorary signs, cups, figurines and horns of the Olympic Games from different years. The auction value of award medals varies from $2,000 to $250,000. Personal awards are most expensive. Torches cost from $1,500 to $170,000, depending on their rarity. For example, only 100 torches had been made for the 1992 Albertville Games. They were designed by Philippe Starck, and Mr. Potanin owns one of those torches. The entrepreneur believes that the collection should serve the Olympic idea and inspire future champions, so he often takes his collection on the road. In May, Potanin's collection was exhibited in Minsk during the Second European Games. 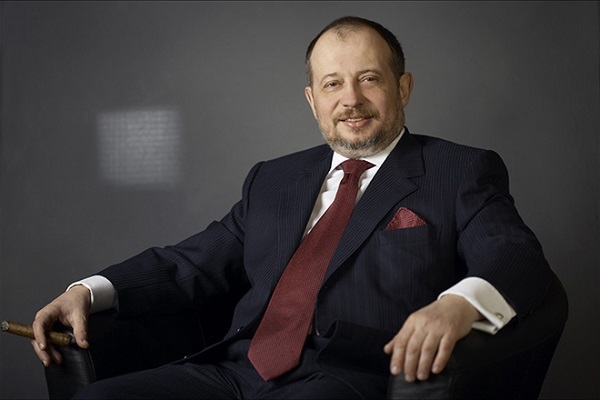 Vladimir Lisin, Russia's second wealthiest entrepreneur in 2019 according to Forbes magazine, collected an extensive collection of pre-revolutionary Kasli cast-iron sculptures. Extremely rare exhibits among more than 200 works of cast-iron art from the town of Kasli in the Chelyabinsk region of Russia may cost up to 5,000 US dollars. Lisin started his collection after he received a gift from his wife's grandmother - a sculpture by Pierre-Jules Mêne, a 19th-century French sculptor-animal painter called "Wild Boar attacked by Four Dogs". He had been expanding his collection with the works of Kasli cast-iron art ever since. The Russian cast-iron art had conquered Europe and Asia back during the dynasty of the Demidovs, who amassed a fortune during the times of Peter the Great. Being a former metallurgical engineer, a co-owner of the Novolipetsk Metallurgical Plant, he understands the difficulty of casting a heavy sculpture and an elegant figurine. 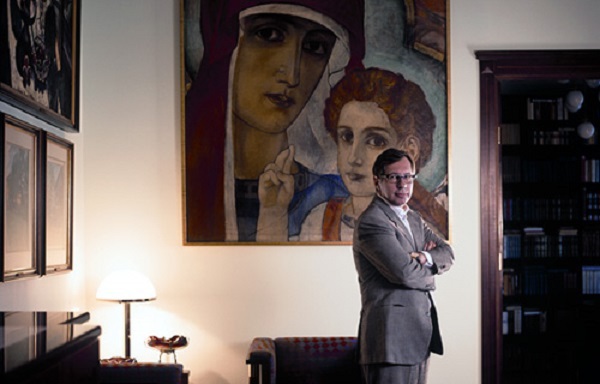 Experts do not even bother to evaluate Yakobashvili's collection. Yet, the collection of paintings and the majolica by Mikhail Vrubel, which Alfa Bank president Petr Aven acquired five years ago, was evaluated at $500 million. It is believed that this is one of the best private collections of Russian fine art and graphic designs. It includes Vasily Kandinsky's "Composition 8," which was bought at Christie's auction in New York for $23 million. Paintings by Serov, Chagall, Petrov-Vodkin and many other artists from Aven's collection had been exhibited for a number of times. Unfortunately, however, the banker's acquisitions (for example, a sculpture by Henry Moore, the most expensive acquisition) adorn his mansion in London, rather than Moscow museums. Aven himself decided that it did not make any sense to open a private museum in Moscow, because his collection "duplicates that of the Tretyakov Gallery, but, of course, is inferior to it from the point of view of the quality of the collection." Reportedly, the museum is going to open its doors in Riga. 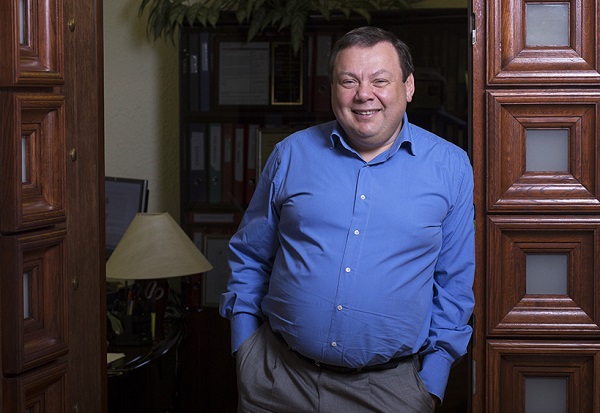 Rumor has it that Aven's colleague, Mikhail Fridman, co-owner and chairman of the supervisory board of the Alfa Group consortium, collects Japanese swords of samurai class. No one knows, how many of them his collection counts and which of them are most valuable ones.

Fridman has never exposed his collection of Japanese swords, also known as nihontos, in public. Skeptics believe that all the talks about the billionaire's hobby do not hold water. The situation on the market may substantiate this point of view, because small arms are freely available for purchase if they are low quality arms. A hundred or two of iconic swords, mainly tati swords - a type of Japanese blades of the Kamakura period, less than two dozens of katana blades - the most renowned type of the Japanese sword - and wakizashi, a short sword, make an exception from the rule. These rare blades are categorized as a national treasure of Japan (kokuho), and it is practically impossible to buy them legally. 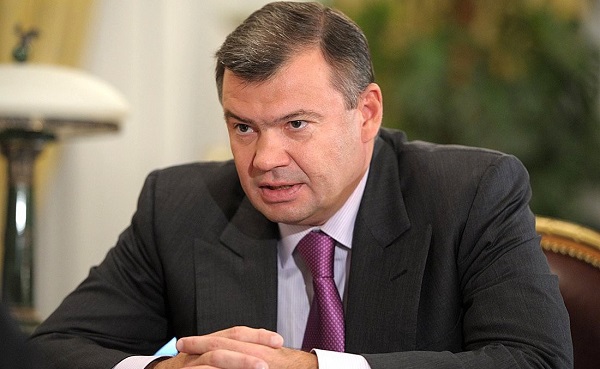 Entrepreneur Andrei Bokarev does not share his collection either. The owner of Transmashholding collects gold, but not in bullions - he collects unique items made of gold. Colleagues say that the hobby had an innocent start, when Mr. Bokarev allegedly used a gold Parker pen to sign an agreement with Iskander Makhmudov back in 1998. Back in the day, Andrei Bokarev headed Makhmudov's export company that subsequently developed into the largest coal trader, CarboOne. Twenty years later, the collection of gold items, mainly works of art, has grown to 500 objects, says a businessman familiar with Bokarev. It is surprising that the collection has no jewelry items, although the rare Patek Philippe desk clock in gold, which Bokarev bought in Courchevel for 3 million euros can be referred to as a jewelry item. Andrei Bokarev's latest and possibly most expensive acquisition is gold toilet worth millions of dollars. This is a fully operational toilet created by famous artist Maurizio Cattelan. This item is evaluated at more than $5 million. Rumor has it that the businessman pleased himself with the golden work of art for his recent birthday: the toilet was delivered to Moscow a month ago - for Bokarev's birthday, which he celebrates on October 23rd. 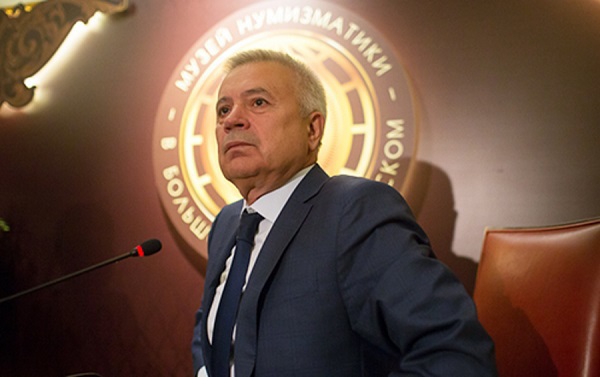 Lukoil president Vagit Alekperov's teen passion for coins has grown, by his own words, into a massive collection worthy of a museum. Russian gold coins make its centerpiece. With nearly 5,000 collected coins, Vagit Alekperov's collection deserves attention just because he has never been able to collect all of the gold coins that had ever been released, even though he started his collection 50 years ago. Alekperov believes that 20 percent of the coins that his collection lacks are simply not available on the market: they are kept either in museums or in private collections. As long as his wealthy heirs show no interest in this collection, the entrepreneur decided to create a museum in the future so that his collection could be kept and expanded without the right of sale.