Residents of the city of Saratov come to bid farewell to Lisa Kiseleva, a nine-year-old girl, who was found dead on October 11. People bring bouquets of flowers and toys to the Church of Supreme Apostles Peter and Paul. Police units and volunteers with mourning bandages on their arms are on duty around the church. 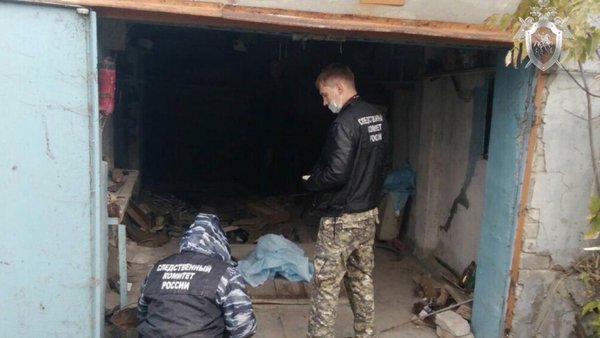 The girl went missing on October 9. Early in the morning she went to school, but did not appear there. On October 11 at night, she was found dead. A 35-year-old man was detained as a prime suspect. The man, Mikhail Tuvatin, was previously convicted for rape, robbery and sexual assault.

The man confessed to killing the girl. He said that he had occupied an abandoned garage and hung a new lock on its doors. The little girl was passing the garage that fateful morning, saw the man and asked whether the garage was his. Tuvatin said that he became alarmed with the girl's question. The man dragged the girl inside and killed her there.

On October 12, Tuvatin was arrested. He was put on trial behind closed doors in the town of Engels near Saratov to ensure safety of the participants in the process.

Damir Vidmanov, a resident of Saratov, created a petition on social networks demanding "that the death penalty should be reinstated for proven crimes against the lives of children in order to protect the younger generation from nonhumans." His petition received the support from as many as 40,000 people in a few days.

Several members of the Russian Parliament, the State Duma, supported the initiative. LDPR faction leader Vladimir Zhirinovsky noted that most Russian citizens want the death penalty back because they see it as an opportunity for fair retaliation. At the same time, international experience says that the death penalty is ineffective, Zhirinovsky added recalling cases of erroneous sentences. He also said that terrorists do not fear capital punishment.

Dmitry Peskov, an official spokesman for President Vladimir Putin, said that the Kremlin did not discuss a possibility to reinstate the death penalty in Russia.

Interestingly, Irina Kulyasova, the aunt of Lisa Kiseleva, spoke against the death penalty for  criminals. "Probably, life imprisonment would do. As for capital punishment, I would not want this case to become a precedent. As many people write now - "death for the death of a child" - we would not want that," she said.