More than 40% of Russians justify the act committed by the Khachaturian teen sisters, who killed their father because of domestic violence in the family. A poll conducted by Levada Center shows that the share of those who either did not justify the girls' act or refused to respond to the question of the poll made up nearly 30 percent. 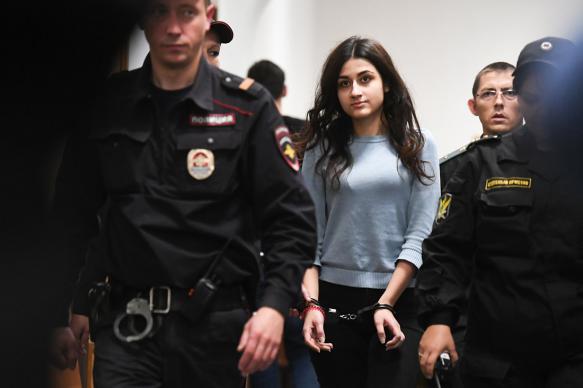 One out of every three men (33%) and almost every other woman (47%) expressed their support for the teen girls. Women are more likely to experience domestic violence, therefore they are more prone to support women victims than men.

Systematic infliction of beatings is commonplace practice in Russian families. Children see their parents fighting and then project violence to their own families when they grow up. In the Russian society, there are no standards of mandatory regulations and punitive reaction to domestic violence. Most people do not turn to lawyers, psychologists or non-profit organizations in an attempt to solve this problem.

Human rights activists, as well as authors of the petition, which has already collected more than 770,000 signatures, strive for the elaboration of law in Russia about the prevention of domestic violence, which would stipulate for a system of protective measures to assist victims of domestic violence.

The body of 57-year-old Mikhail Khachaturian with multiple stab wounds was found on July 27, 2018 in an apartment building on Altufevskoye Shosse in Moscow. The victim's daughters aged 17, 18 and 19 were detained as prime suspects. The sisters - Maria, Angelina and Kristina Khachaturian - pleaded guilty and said that their father had regularly beaten them, subjected them to sexual and psychological violence, kept them at home as slaves and did not let them go to school.

The younger sister, who studies in the 11th grade, inflicted at least 35 stab wounds on her father's body and neck, while the other two sisters were hitting him on the head and spraying pepper spray in the face. After the murder, the sisters called the police themselves and pleaded guilty to the crime.

A post-mortem psychological and psychiatric examination found that Mikhail Khachaturian suffered from a personality disorder. The older sister was diagnosed with a mental disorder due to harassment and bullying on the part of her father. The youngest girl was declared insane at the time when the crime was committed. The Investigative Committee of the Russian Federation charged the three sisters with murder committed by a group of persons by prior conspiracy; the girls face up to 20 years in prison.

In the beginning of the investigation, the Khachaturian sisters were put in a pre-trial detention center, but then the girls were released under certain restrictions. The sisters are not allowed to leave the apartment from 9:00 p.m. till 7:00 a.m., send and receive mail, use all types of communications, with the exception of telephone communication for calling ER and law enforcement services.

Many in Russia and abroad believe that the authorities should terminate the criminal prosecution of the sisters and institute proceedings against the deceased father.