Over the past 20 years, journalists in all over the world wondered why Russian President Putin thinks about the flight of American astronauts to the Moon. This topic still remains controversial as there are many of those who support the lunar conspiracy theory. Yet, everyone still wants to know what President Putin thinks on the subject. 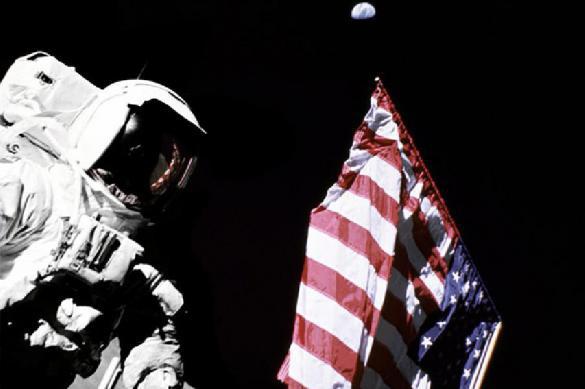 Most likely, Putin does have the key to the mystery, because he, like no one else, should have access to intelligence information of those times. One may assume that as a former KGB officer and the President of Russia, Putin can access any secret information about America's lunar missions.

In 2011, Vladimir Putin made it clear that the Americans had flown to the Moon indeed. According to him, it would be impossible to hide such grand scam.

The question was asked to Vladimir Putin at the Seliger Forum on August 1, 2011. Here is a transcript of the conversation.

A. Anisimov: "Good afternoon, Vladimir Vladimirovich, my name is Alexey Anisimov, I am from Novosibirsk. I have this question to ask. Do you think that the Americans had landed on the Moon ideed?"

V. Putin: "I know this theory, but it seems to me that it is impossible to falsify such an event. This is similar to another theory, when some say that the Americans exploded the Twin Towers on September 11 themselves, and that they were guiding the terrorists in their actions. This is total nonsense, rubbish, this is impossible! The same goes to the moon landing: it is impossible to fake an event of this magnitude."

It is worthy of note that Putin was answering questions during a media forum on April 3, 2017. One of the questions was about outer space exploration. Answering it, Putin said that it would be conducted with the help of special equipment. Few people know, Putin noted, that a living cell cannot be preserved in deep outer space under the conditions that we have in spaceships of our times. Many assumed afterwards that Putin gave everyone to understand that American lunar missions were fake. Such missions could not be made possible because of deadly space radiation outside earth's orbits. In near-Earth orbit, space explorers have the natural protection against space radiation - the magnetic field of planet Earth.

What altitude can be considered deadly for humans then? The USSR set the limit on 1,000 km. The USA, however, proposed a different number - 400,000 km. Over the past fifty years, no one has ever flown higher than 1,000 km.

According to another theory, the Soviet administration knew that USA's missions to the Moon were fake. However, the USSR preferred to conclude a confidential deal with the United States - economic benefits for the USSR in exchange for silence. Among such benefits, some point out USA's reluctance to resist to the construction of the Urengoy-Western Europe gas pipeline, the Soyuz-Apollo joint flight with the participation of cosmonauts Leonov and Kubasov, as well as a number of other economically beneficial projects that the United States would have blocked in other situations.

Putin, being a far-sighted politician, continues to adhere to that agreement, because a revelatory scandal can only bury the relations between Russia and the United States even deeper.