Life and death of USSR’s most famous conjoined twins

Masha and Dasha (these are short names for Maria and Daria) Krivoshlyapova were USSR's most famous conjoined, or Siamese twins. The sisters had four arms, two legs, one circulatory and two nervous systems. 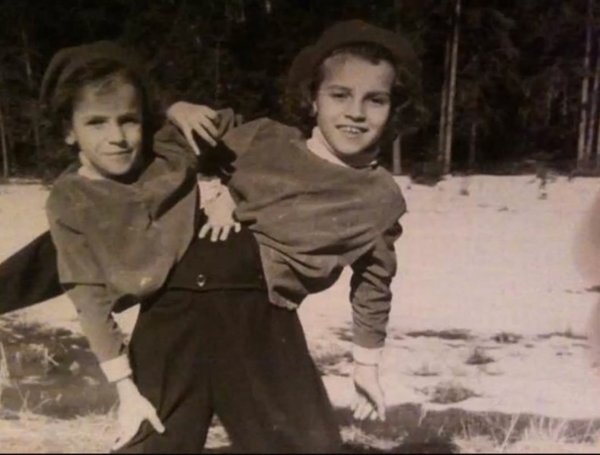 Masha and Dasha were born on January 4, 1950 in Moscow. Doctors took them away from their mother immediately after birth (the twins were born through Cesarian section). However, having recovered from anesthesia, the woman insisted her babies be shown to her. Ekaterina Krivoshlyapova fainted when she saw the twins and had to spend about two years at a mental hospital as the woman was unable to cope with her shock. The twins' father, Mikhail, who worked as a personal driver for Lavrenti Beria, was told that the babies had died. The girls were given a different middle name and eventually found themselves at the Institute of Pediatrics of the USSR Academy of Medical Sciences, and then at the Research Institute of Traumatology and Orthopedics. The twins had spent most of their childhood at research centers and hospitals that became their home.

Masha and Dasha started walking at hospitals. When adult, they were unwilling to recollect their medical past, when doctors would mostly use them as guinea pigs for tests and experiments. Doctors decided to amputate one of the girls' three legs, which they would use to support the body. As a result, Masha and Dasha could either walk on crutches or use a wheelchair.

When the sisters turned 14 years old, they were accommodated at boarding school for people with disabilities and musculoskeletal disorders in the city of Novocherkassk. Their classmates started bullying the conjoined twins. It was at that boarding school, where the girls tried alcohol for the first time.

In 1970, Masha and Dasha Krivoshlyapova moved to Moscow, where they started living at Nursing Home No. 6. The twin sisters had spent most of their lives there.

At the age of 35, the sisters managed to find their mother. The woman was not happy to see her daughters - she already had two healthy sons named Sergei and Anatoly. At first, Masha and Dasha tried to build a relationship with their family, but gave up on the idea, when they realized that they had nothing common with their mother. The girls' father died in 1980.

In 1989, the sisters received a one-room apartment in Moscow. However, the women had become addicted to drinking alcohol and smoking tobacco by that time. Interestingly, Dasha was drinking and Masha was smoking, but they both suffered from the effects of their bad habits.

In the early 1990s, Masha and Dasha Krivoshlyapova became famous. Newspapers would write articles about them, documentaries about their life would be shown on television. Masha and Dasha even went to visit France and Germany, where they were invited for interviews.

Nevertheless, despite positive changes in their lives, the sisters continued abusing alcohol and tobacco. A doctor warned the women during a regular examination that their habits could kill them. Some time later, the twin sisters were diagnosed with pulmonary edema and cirrhosis.

On April 13, 2003, Dasha called the ambulance and complained of feeling unwell. Her twin sister Masha was asleep at the moment when paramedics arrived. The sisters were hospitalized, but it turned out that Masha was not sleeping: she had died of a heart attack. Dasha died 17 hours later. They were 53.