Caste And Karma: An Indian Perspective

As it is widely known, understood and rightly believed about India, it is, a land of rigid social stratification, where, people at large, are divided and subdivided into castes and sub-castes. The belongingness to these 'castes' has been the very 'cast' of the Indian mindset, which ends up setting up social norms, ways of daily lives and even political victories and losses on the basis of this stratification. 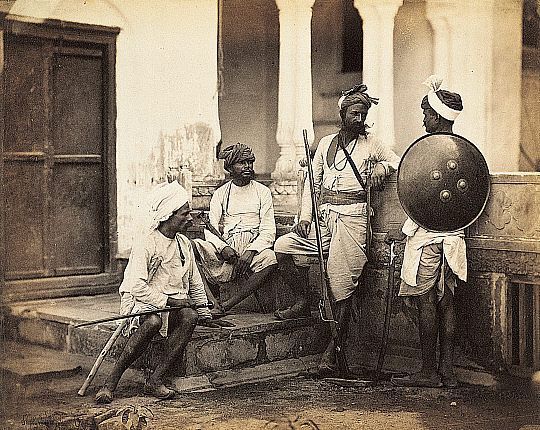 Having said that, it becomes important and pertinent to understand that as a society, the Indian mindsets have been at a rather bad loss by historically, misinterpreting valuable social perceptions, which in turn become ossified with the passage of time, doing more harm to life than good. The Vedas and the Vedic culture, as is nobody's guess, propounded a philosophy that set down, ways of life for a human soul, so that, generally speaking, it followed a path of mental sanity and emotional goodness so as to lend a hand in the progressive evolution of society, as a whole.

Whereas, the Vedas, in some parts also set down the ritualistic aspects of human life (which were obviously badly distorted by individuals for self gratification), their original premise  suggests that karma or action be the 'cast' for the 'caste'. Dividing the human labour into four categories (and I mention them loosely), the Brahmins were the highest in the social order and were concerned with acquiring and dissemination of learning. They were sages and hermits, at large. Next came the Kshatriyas, or the warrior class, whose duty it was to protect the social order by fighting wherever necessary to expand upon righteousness as well as property. Kings and the royalty belonged to this class. Third in line, were the Vaishyas or the traders. This section of the society was business oriented and handled the economic interests of the land through trade and commerce. And last in the social order, stood the Shudras or the menial class. Their work was to serve the other three classes. They were classified as 'unskilled' and hence took up 'menial' tasks, which were considered improper for the other three castes.

With the passage of time, these divisions were established so rigidly, that birth began to be considered the emblem of a human's karmas, so that if a person was born into the Brahmin family, he obviously might have performed some meritorious deeds in the previous birth and hence, was "different": or a "class apart" from someone being born a Shudra. Needless to say, while, there was some truth in the philosophy of good karmic action behind being born in a good family, the usage of the same theory to socially ostracize and dominate gradually became oppressive. Modern India saw these divisions as the perfect breeding ground for a derogatory political system based on votes and popularity instead of work and equality.

Shankaracharya, the great Indian thinker, supported the caste system by birth. While I do not know the reasons of this thinking, I still can have just one argument supporting it. It is possible that he might have heavily believed in the adage of "habits become character and character becomes destiny"- to say, that a person being born into a 'low' family is actually low because his social standing has worked its way into his DNA and that it can never be 'treated' to make him a better human being. Shankaracharya's staunch faith in the theory of evolutionary psychology and related patterns, obviously had no such thing as confirmation biases, and this, in my view, led him to be thinking in the way he did. However, I beg to differ.

As stated, in as much as one's previous karma can be responsible for one's getting a good family in one's present life, it doesn't presuppose that someone being born into a not-so-good family, is cursed to remain "bad" or "lowly" for the rest of his/her life! The Gita states so and Vivekananda agreed with it. I believe it too. The caste is a veritable karmic cast. Human life is evolutionary. And our actions are not just the ways we move our limbs. They encompass, the way we feel, we think and of course, manifest this emotional energy through our actions. So then, a person being born a Brahmin may very well be a Shudra if his emotional and physical energies are impious, negative and harmful. Similarly, anybody being born in a Shudra family (Dalit, in the modern parlance), doing his duties religiously and promoting compassion around, can still serve as being the highest example among the Brahmin class! Lord Krshna, Himself says in the Gita (Chapter 4, verse 13):

i.e. the system of the four classes was created by Me, according to quality and action.

Thus, it is clear, that the OverSoul, or that whom we consider as the primal energy from whence we spring and into whom we recede, does not value caste as understood by the family lineage....what matters is how the human life, aspiring towards spiritual elevation chooses, understands and performs his or her duty in one's lifetime. This is "Dharma"-the word, whose concept comes from the Sanskrit root "Dhri" and which means that--- which sustains the people or that which is adopted by meritorious soul leading to the betterment of life. Dharma, then is NOT religion (in contrast to how we interpret it). And caste is not what the soul recognizes. It is not what evolution recognizes. The only thing they recognize is your primal karmic Self. The rest is politics, the rest is a tool. The caste is a mould....and you remain a plaything, the mould's casting material....till you solidify...till you evolve!