On October 25, a court in Nizhny Novgorod will hear the case of Anatoly Moskvin. This man is known in Russia as the "doll master" - he is accused of making life-size dolls out of dead girls' bodies. 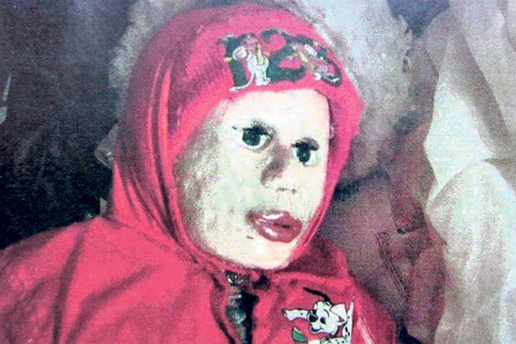 Several years ago, the police found in his apartment 26 "dolls" made of mummified corpses of little girls. Moskvin, a local historian, an academic, a necropolist, a specialist on burials, remains under coercive treatment, but he is likely to be released. In September, doctors of the psychiatric hospital, where Moskvin is kept, initiated a procedure to switch him to outpatient treatment. According to them, the patient remains in a state of stable remission. An additional medical examination of the patient is to be conducted to see if Anatoly Moskvin is undangerous  for the society.

Anatoly Moskvin was put on coercive treatment in 2012 after a psychiatric examination showed that the man was suffering from a mental disorder in the form of paranoid schizophrenia. In other words, psychiatrists concluded that the man could be unaware of the actual nature and social danger of his actions.

His elderly parents, his lawyer and even a girlfriend have been visiting Moskvin at hospital for several years now. The girlfriend appeared after Moskvin was put under compulsory medical treatment. The woman learned about his story from the Internet, developed great interest in the man and came to Nizhny Novgorod from the Moscow region.

The story of Anatoly Moskvin shocked all of Russia in 2011. In his apartment, police officers found 26 dolls made of the remains of deceased girls. Moskvin had been exhuming children's graves at various graveyards before mummifying them with a special solution of salt and soda.

The man kept his dead dolls in his room. He would dress them in girls' clothes and put them on his couch where he would sit to talk to them. Sometimes, he would model certain situations, for example, tea-drinking, for his dolls: there was a set of toy cups and dishes on a table nearby.

Inside the mummies, the man would place mechanisms from music boxes or music toys so that his dolls could produce sounds when he would touch them. Forensic experts found personal belongings and clothing inside some of the mummies. There was a piece of a gravestone with a girl's name inside one of the bodies. Another one contained a hospital tag stating the date and the cause of the girl's death. A dried human heart was found inside a third.

Moskvin would stuff the decayed corpses with rags, wrap nylon tights around them, or attach toy heads to them. He would also insert buttons or toy eyes into the girls' eye sockets so that they could watch cartoons with him. During interrogations, the patient said that he loved his girls and cared for them as if they were alive. There were also a few dolls which he disliked and kept them in a garage.

Moskvin said during interrogation that he would exhume the girls' bodies out of loneliness. The man was single and his biggest dream was to have children. Child protection services did not allow the man to adopt a child due to his low wages of a university teacher.

The man came in sight of law-enforcement agencies soon after the terrorist attack at Moscow's Domodedovo airport. Moskvin went to a cemetery where he started painting over pictures of deceased Muslims without damaging anything else. The man was caught and accused of vandalism. The dolls were found when eight police officers came to search his apartment.

It is hard to tell what Moskvin felt and thought after his secret life came into the public eye and attracted a lot of attention. However, the life of his elderly parents turned into hell. Everyone in the city stopped talking to them. Unidentified individuals would smash the windows in their apartment and write profanity and insults on the walls of their apartment building. After a series of interrogations and all the ensuing humiliation, Anatoly Moskvin's mother offered her husband to poison themselves with gas and die. However, the man refused to do it as such an act could cause an explosion. Anatoly Moskvin's father suffered a heart attack, while his mother developed diabetes.

Update: The court decided not to release Anatoly Moskvin from hospital where he undergoes compulsory treatment. He will stay there till the next court hearing.