The Synod of the Russian Orthodox Church, which gathered for a meeting in Minsk, decided to break the Eucharistic communion with the Ecumenical Patriarchate. 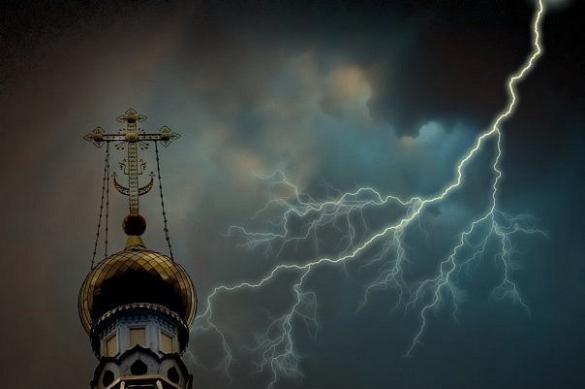 A statement published on the official website of the Russian Orthodox Church says: "Assigning to oneself the authority to withdraw judicial and other decisions of other Local Orthodox Churches is  one of the manifestations of the new false teaching proclaimed today by the Constantinople Church and attributing the law of the first without equal (primus sine paribus) to the Patriarch of Constantinople with universal jurisdiction.

The Russian Orthodox church had repeatedly urged the Church of Constantinople to exercise caution and refrain from steps that could undermine the unity of Orthodox believers.

The Russian Orthodox Church made the decision to break the Eucharistic communion after the Patriarchate of Constantinople, single-handedly removed anathemas and accepted dissenter and "patriarch" Philaret (Denisenko), into the communion. The Russian Church had deprived Philaret of all ranks and titles and anathematized him.

In general, the issue of Constantinople's interference goes far beyond the limits of Ukraine. In fact, Patriarch Bartholomew and his hierarchs strike a blow to the canonical structure of Orthodoxy and Orthodox unity on a global scale.

Serbian bishop Irinej (Bulowic) stated that the Ecumenical Patriarchate has provided autocephaly to dissenters. A few days ago, Archbishop Ieronymos of Athens and All Greece refused to meet with Patriarch Bartholomew.

In principle, the termination of Eucharistic communion between the Russian Church and the Patriarchate of Constantinople had occurred in the late 1990s, but only for a few weeks. The reason was the same: Constantinople interfered into the canonical territories of the Russian Church - in Estonia. Yet, Patriarch Bartholomew peddled back and the problem was solved peacefully. Yet, judging by latest statements from the Ecumenical Patriarchate, they are not going to stop.