Constantinople wants to break the spine of Orthodoxy

The agreements of 300 years have been cast aside. Constantinople wants to break the spine of Orthodoxy and make Ukraine hostile to Russia forever. However, it is up to common people - Ukrainian Christians - to make their final decision. 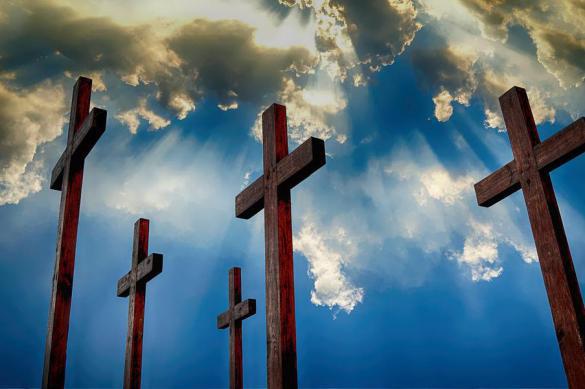 On October 11, the Synod of the Constantinople Patriarchate made the following decisions (briefly):

1. To confirm the decision that the Ecumenical Patriarchate proceeds to provide autocephaly to the Church of Ukraine.

2. To restore the stauropegion of the Ecumenical Patriarch in Kiev.

3. To accept and consider the appeals from Filaret Denisenko and Macary Maletich for the annulment of the anathema imposed on them by the Russian Orthodox Church. The above-mentioned persons have been canonically restored to their hierarchical or priestly rank, and their followers have been restored in their communion with the Church.

4. To cancel the legal obligation of the Synodal Letter from 1686, which granted the Moscow Patriarch the right to appoint the Metropolitan of Kiev.

5. To appeal to all parties involved to avoid the appropriation of churches, monasteries and other objects, as well as any other act of violence and retribution," so that Christ's peace and love may prevail."

The above decisions have thus abolished the "legal obligations" from 1686 received after the reunification of Russia and Ukraine. It had taken the Russian Patriarchate 32 years to come to an agreement with Constantinople. The agreement turned out to be bad overnight. Church officials in Constantinople did not even bother to interview (not even covertly) their parishioners. Ultimately, the implementation of their decisions will depend on common people - Orthodox Christians of Ukrainian parishes.

What do Orthodox believers and their pastors have to do in such a difficult situation? The main aspect in the teaching of Christ is love. How can one apply this aspect in general and in this particular case?

1. Love implies unity. "Love your enemies," said Christ, but this is an incredibly difficult assignment. One must try to feel unity with those who started revising canonical communication from 300 years ago out of completely selfish interests. Before my eyes, there are dead bodies of those massacred in the Donbass and in Odessa. Those people who did it to them despise everything that is Russian and glorify Nazism. Yet, we are all "God's creatures" who want to live on planet Earth. One may also try to think of Divine providence in every human being that one may not understand at times.

2. Love implies compassion, sacrifice and understanding. Truth can not be on one side only. It's in the blood of Orthodox believers to have compassion and repentance. It is no coincidence that we pray for Ukraine, for the Ukrainians, we ask God to reason dissenters and Bartholomew. There was an attempt to come to an agreement with him (sacrifice), when Patriarch Kirill personally paid a visit to Fanar and tried to persuade them not to commit rash acts.

3. Love implies self-esteem. This has always been a problem for the Orthodox. Sinfulness - this is the main impulse of Orthodoxy. We are all sinners, we all have the original sin, and we can never wash those sins away. Jesus Christ said: "The kingdom of heaven is within us." Christ's prayer is recited from the words "Our Father." It means that we are part of God, we are coming to him, and everyone has a part of Divine fire inside. Christ also said that he arrived not to abolish the law, but to fulfill it. Hence, Jewish moral laws "an eye for an eye" and "a tooth for a tooth" are still in effect.  Mercy often comes with a club. Yet, one should bear in mind that punishment should exclude venom.

In this situation, self-esteem (if pastors of the Russian Church and the Ukrainian Church have it) should be expressed in explaining what Bartholomew violates and why he does that. There was a proposal made to anathematize him. Ukrainian parishes could also file lawsuits at secular courts to recognize as unlawful acts of interference of the Ukrainian state in affairs of the Church, because the state is separated from the Church.

If Bartholomew gets into big politics and follows instructions from the USA, one must try to involve Russian politicians in the problem too.