Russian footballers Pavel Mamaev and Alexander Kokorin found themselves in the middle of the grand scandal that will cost them their careers, freedom, and millions in lost wages. According to media reports, Mamaev and Kokorin have attacked and beaten two federal officials, a national of Belarus, and a Channel One driver. 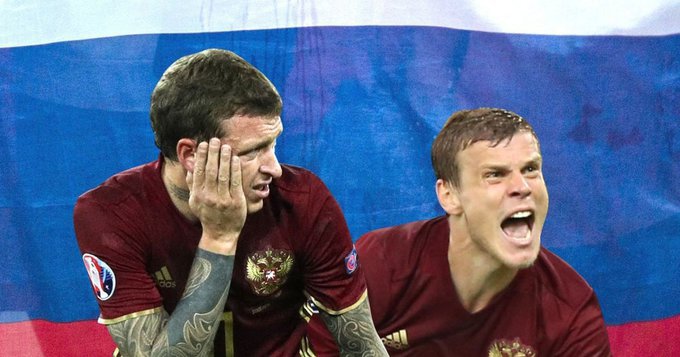 For the time being, law enforcement agencies filed a criminal case into the brawl, in which a federal official was affected.

According to media reports, the fight involving the two footballers and an official of the Ministry for Industry and Trade, Denis Pak, took place in a coffee shop on Arbat Street. The video, which was immediately uploaded on the internet, shows that the official and his colleague, Sergei Gaisin, suffered injuries in the brawl.

The administration of Krasnodar Football Club, for which Pavel Mamaev plays, has published an  official statement in connection with the incident. The club has decided to terminate the contract with Mamaev and currency considers possible options. "Unfortunately, contracts are drawn up to protect professional athletes as much as possible. Nevertheless, we will do everything to achieve this," the statement says.

Pavel Mamaev's wife, Alana, filed for divorce on October 9. On October 8, she apologized for her husband's behavior and said that she was very much embarrassed.

As a result, Pavel Kolobkov, Russia's Minister for Sport, stated that the footballers' behavior cast a shadow on Russian football on the whole. It was not the first time, when Kokorin and Mamaev displayed unsportsmanlike behavior. "Currently, these athletes do not play in the Russian team and, "apparently, they never will. I suppose that the owners of the clubs that they represent will also make relevant conclusions," the minister said.

Two hours before the attack on federal officials, the players assaulted a national of Belarus after the latter made a remark to Kokorin and Mamayev. At about 7 a.m.,  Mamaev, Kokorin and the company left a strip club in Moscow. There was a parking spot on the way, so the drunk footballers started kicking the cars, leaning on them, as if they were asking for trouble.

In the morning of October 8, the footballers attacked at least three people in the center of Moscow. Their actions were captured on CCTV cameras. At first, they attacked the driver of TV presenter Olga Ushakova. The driver, Vitaly Solovchuk, was hospitalized with a cranial injury and broken nose. Some time later, the men attacked two officials in a coffee shop. The officials were identified as Denis Pak and Sergei Gaisin. Pak serves as the director of the department for automotive industry and railway engineering at the Ministry of Industry and Trade, whereas Sergei Gaisin heads the NAMI State Scientific Center.

Football players Alexander Kokorin and Pavel Mamaev used to play for the Russian national football team, but did not take part in the World Cup 2018. Pavel Kokorin is a player of Zenit, while  Alexander Mamaev performs for FC Krasnodar.

During the recent years, Kokorin and Mamaev have appeared in a number of scandals that caused damage to the image of Russian sport.

Football players Mamaev and Kokorin were summoned for questioning as part of the investigation into the above-mentioned attacks. If they do not appear, they can be delivered coercively. If the players are arrested, their lawyers will strive for their release on bail or guarantees from well-known public and political figures in Russia.