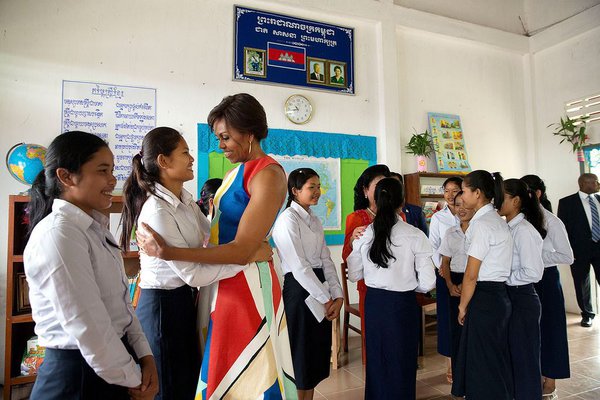 Traditionally, cash transfers have been made available to refugees via third-party financial service providers such as banks. Through the partnership, Syrian refugee women who participate in the UN Women cash for work programme will be able to access their funds directly and the accounts will be kept securely on a blockchain network. Previously women received a monthly entitlement in the form of cash on a set date. Through blockchain, UN Women and WFP are exploring the possibility of providing female refugees with cash back at WFP-contracted supermarkets or pay for their purchases directly.

The partnership stems from WFP’s Building Blocks project, which already provides cash transfers to 106,000 Syrian refugees in Jordan through a blockchain based system.
Highlighting why technologies like blockchain have a key role to play in accelerating women’s economic empowerment, UN Women Executive Director Phumzile Mlambo-Ngcuka said: “We know that women in crisis situations and displacement settings tend to have lower digital literacy than men, and often lack access to the technology and connectivity that are so critical in today’s world. UN Women is partnering with WFP to change this by using innovative technology to drive change for women in the most challenging settings and to accelerate progress towards women’s economic empowerment on a large scale.”

How it will work: A Syrian woman will scan her eye to request cash back at WFP-contracted supermarkets. This will link to her account on the blockchain, and the amount of the cash distribution is automatically sent to Building Blocks. The fact that UN Women and WFP validate each other’s transaction through a common blockchain network, results in improved security and accountability. There are also opportunities for cost and risk reduction, as well as increased harmonization of aid efforts.

“At WFP, we will explore every possible way to deliver the help people need, in the most efficient and effective means available. Our work with UN Women to help female Syrian refugees is yet another sign of that innovative spirit, in this case using technology to make an even bigger impact on the lives of those we serve,” said David Beasley, Executive Director of WFP.

UN Women also aspires to increase the financial literacy of their recipients through expense tracking and budgeting seminars conducted at their ‘Oases’, where recipients would also be able to view their Building Blocks accounts and its history online. In Za’atari and Azraq camps, UN Women’s four Oases centres are increasing training opportunities to women and girls focused on digital literacy. They provide a holistic approach to resilience and empowerment for women and girls through livelihoods opportunities; protection and prevention of gender-based violence; remedial education and civic engagement opportunities; and access to childcare. Since 2012, UN Women has supported women in refugee camps by providing them with skills, access to public space and economic independence, including the largest female-focused cash-for-work programme.

Women are disproportionately affected by humanitarian crises; many of them are forced by conflict to become the primary breadwinners, while bearing the responsibility of taking care of their children and families.
________________________________________
UN Women is the UN organization dedicated to gender equality and the empowerment of women. A global champion for women and girls, UN Women was established to accelerate progress on meeting their needs worldwide.

It has been seen time and again that when women are involved in conflict solving programs, far more long-lasting and deep-seated solutions are found, that is why women should be part of peace processes. It makes sense to have more women involved in government, as well, so that we do not reach the levels of violence which explode into conflict, fuelled by those who make a living out of trafficking waepons to murder people.

UN Women fights for women’s rights, not only against gender violence but also for women’s empowerment. This is translated into equal rights, the right to education and healthcare, the right to live and perform as equals in our society living under the UN precepts of human rights, starting with the inviolability of the person.

That so many more sexual predators are being outed and held to account is a positive response to the thousands of women who have been abused but who are too frightened to come forward. This also means that the justice systems must be accurate and convict based on evidence and not hearsay, so as not to discredit those who have fought so hard to make sure rights are respected.