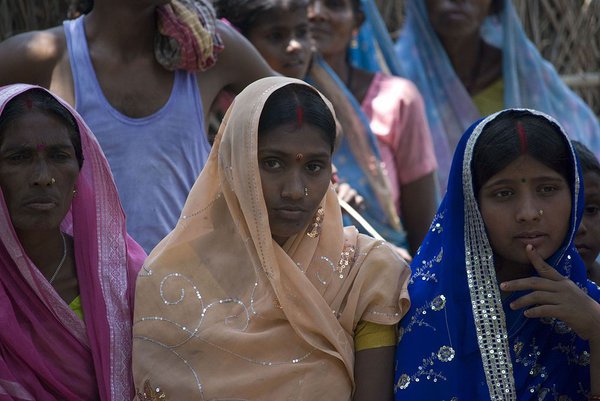 Dr. Sheeba Rakesh works at All India Radio in Lucknow and has been involved in setting up a Women's Association (Pankh, meaning Wings) to protect women's rights in India. She has also been involved in literary projects translating works of Indian authors. Sheeba is a personal friend of Dr. Timothy Bancroft-Hinchey and has written numerous articles for Pravdareport.

"Can you have one husband for the here,

And another for the hereafter?

Can you have one husband for the mundane,

Another for the ultimate?

All husbands other than my

(From the Songs of Siva)

The lines above define the dilemma of Akka Mahadevi, that great woman from the Indian history who turned the world upside down with her love for Lord Shiva. In following the tradition of transcendental devotion to God, she has been an iconic figure in the cultural history of India and yet, the iconoclast that she was, she remains largely unknown.

Born around 1130Ce -1150ce at Uthuthadi in the Shivmogga district of Karanataka state in India, she threw the world around her into mayhem, when she chose to practice her love for the Divine Lord Shiva, in ways that thwarted and challenged the longstanding customs of the society.

A great devotee of Lord Shiva, she grew up to be a beautiful woman. Kaushika, the chieftain of the land, saw her and fell in love with her. Being an unbeliever, he managed to become her husband partly by threatening to annihilate her family. This use of force and the attempt to subjugate her will, as legend has it, was the salient feature of this unsatisfactory marriage, since Akka Mahadevi set conditions on Kaushika's relationship with her.

Akka Mahadevi's life was largely consistent with her spirited rejection of the existing earthly marital relations. She threw away her clothing and braved unwanted male attention as she embarked on her spiritual journey until she finally found kindred spirits amongst a company of saints. Mahadevi's dissatisfaction with her earthly husband is evident in the way she writes. She syas  she cannot go near other men because they are thorn under smooth leaf; one cannot go near them, trust them or speak confidences to them.'

Setting the tone of her relationship within the framework of bridal mysticism, while on the one hand, she negotiates her spirit for a greater gain in the afterlife, on an earthly level, she breaks the barriers that hinder her development both socially as well as spiritually. In this sense, she becomes an emblem of social power(highly respected as "Mahadevi.") becoming the feminine ascetic par excellence. Interestingly, her body or her sexuality is never an embarrassment or a hindrance. On the contrary , it becomes the site through which her devotion is expressed. She exemplifies extreme strength in the way she "spiritualized" her sexuality-celebrating it but only how she wanted it. Akka mahadevi's "void" points a finger at the material reality of the world. Her nudity mocks projections  and transcendence of her relations with her king husband, becomes an archtype for spirituality rejecting worldly ties. She says:

"Does not a chain bind,

Be it made of gems?

Does not a net restrain,

Be it made of pearls?

If heads are cut off

With a golden knife,

Will they not die?

If caught in the devotion

To the dividing ways of the world

Will Birth and Death cease,

She nullifies concepts of the "cultural construction of subjectivity", in as much the society constructs agency. It is noticeable, that at that ancient point in time, Akka Mahadevi personified what the French feminists have felt today in how a subject and its subjectivity is not only able to reflect the discursive relations which constitute her and the society in which she lives, and able to choose from the options available. Akka Mahadevi, comes across as someone who confronts her sexuality as well as spirituality, very starkly. She says,

"In front of man, maya

In front of woman, maya

To the Maya of the world,

The pure ways of the devotee

The devotee in whom

Has no maya, no forgetfulness,

And no such differentiating thoughts."

("Maya" being the Sanskrit concept of illusion)

"If the cloth that covers them slips,

If you, Lord of Life,

What is there to be shy of?

Sees with the whole world as eyes,

What shall you cover and hide, O Man!"

With such thoughts and more, it is obvious, that in a society which views lives through the prismatic eyes of the term "gender", the construct has no standing, where the soul is concerned. Does this ring a bell with the patrons of established religious institutions across the world, that tend to see God as the monopoly of only some people and not of the "Other" in gendered and otherwise terms? It must, because Akka Mahadevi is only one name spelling out the secrets of the spirit along with its power. There are many more in the Indian cultural History that stand the test of both Time and Identity , and putting both of these to the test!

Dr. Sheeba Rakesh works at All India Radio in Lucknow and has been involved in setting up a Women's Association (Pankh, meaning Wings) to protect women's rights in India. She has also been involved in literary projects translating works of Indian authors. Sheeba is a personal friend of Dr. Timothy Bancroft-Hinchey and has written numerous articles for Pravdareport.