In July 2018, activists of Liza-Alert (volunteer organization that looks for missing people) launched an Internet flashmob in Russia under the hashtag  #wewonttellmom. Hundreds of Russians started sharing their stories on social media, in which they confessed how they were either harassed or molested in their childhood. Organizers of the flashmob believe that so many confessions from so many people should attract public attention to the subject. 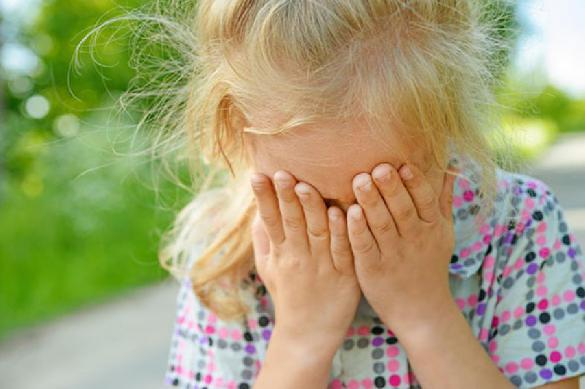 It has been observed that in 70 percent of cases, a child becomes a victim of sexual violence committed by their relative or acquaintance. Adolescents become victims of harassment at a much lesser extent. Smaller children, as a rule, do not even understand what is happening to them and treat everything as a game that an adult man wants to play with them.

At the same time, nine out of ten minors do not talk about what happened to anyone: pre-school children can not put everything in words properly, while older children are usually too ashamed and scared to tell their stories to anyone else. Moreover, children's relatives may often choose to hush up the incident and prefer not to go to law enforcement bodies. Only 10-12 percent of victims go to police.

According to the World Health Organization, 20 percent of women and 5-10 percent of men encountered incidents of sexual ill-treatment during their childhood.

Below are just a few stories that we picked from social media under the above-mentioned hashtag to translate into English.

"I was about ten years old. We were out in the street with a little brother of a friend of mine. We found a sled behind the house. There was a nice-looking young man there. He had such a soft face and such a soft voice and he convincingly started asking us to follow him to a very good ice slide. Me and Misha (that was the boy's name) followed the man. He brought us to the kindergarten, but it was a day off, so he opened the gate with a key (he probably worked there). Then he took us to a site where there was an ice slide. The man told Misha to play there, and then he took me to the veranda to find out something important. He put me in front of him and started taking off my pants saying: "Let me see how warm you are, as you can get cold there on the slide." I began to break away from him, but then he said: "OK,  let's try from behind." I managed to run away from him, I ran to Misha, and we both escaped....It's been 35 years, but I still remember the grayish face of that pedophile, I remember how anxious and excited he was."

"I was 11 years old. I was staying at my girlfriend's, who had an older brother. Suddenly he locked his sister in the bathroom for no reason and threw himself at me, trying to kiss me. I was very scared, I started screaming as much as I could. Then he threw me on the bed and began ripping off my tights and my underwear saying that it would only be one time, that he has done that to his sister and to his sister's girlfriends, and I was next. I was losing strength, but still I was trying to pull my tights up. The next moment, his sister broke free from the bathroom and rushed to rescue me. I never told my parents about that attack."

"We were going back home from a sports class. I said bye-bye to my friends and was walking alone, when a big man grabbed me. I was eight at that time, and it was winter. I screamed, my friends heard me, but he put a knife to my throat and told me that I should say I was all right, and so I did. He started undressing and groping me and told me to grope him. He then said that if I liked it then I could see him more often. I said "Yes" because I was afraid that otherwise he would kill me. I came home in tears, all my clothes were unbuttoned. I told my parents about what happened. My  father took a knife and went to look for that man. Thank God, he did not find him, or he would have been jailed. We hadn't reported the incident to the police. Afterwards, I had had fear of adult men, even if they were just passers-by."

"My mother used to work as a cleaner at a driving school in the evenings. She would often take me there with her. I was five or six years old, and while she was cleaning the rooms I was playing around as there were so many interesting things there. It was a good driving school where mostly men worked, and everyone treated me very well, I trusted everyone there. I do not remember much about how this situation happened. I remember there was a guard there, who asked me to show my wee wee to him and he showed me his. He asked me to touch it, and I even poked my finger at it once. I did not show him mine - I didn't want to and I was wearing layers of clothes. Then my mother came and I started asking her to spend the night in the driving school. My mother was very surprised, she took me home, of course. I realized the horror of the story only in my adolescent age. I do not know why I let the guard do it all, I don't know why I didn't want to run away. I never saw that man there again, though my mother worked at the driving school for several years afterwards."

"I was seven years old, I just started going to school. My mom had to go to work an hour earlier than my school was starting, so I was one of the first kids to come to school. My mom was working not far from my school, so she would take me there with her, and I had to finish my way to school alone. One day, as I was going to school alone, a man stopped in front of me. He opened up his coat and tried to force me to take it into my mouth. I was trying to run away, but he was strong, he was trying to make me do it. He was saying that it would not hurt, that I had to help him. I didn't know whether it was good or bad, I had not seen a penis before. I only remember that I managed to escape. I never told my mother. I just decided not to use that way to school anymore."

"In my distant Soviet childhood, I was once sitting on a bench, when a man whom I didn't know approached me and started telling me very emotionally about his sick daughter at home, who had no friends. He wondered whether I could go with him to his place to meet his daughter and play with her. Of course, I agreed, because I was a Little Octobrist, I felt it was my duty to help the sick girl. It turned out that the man lived in the apartment building nearby. When we entered the apartment, he suddenly pricked up his ears. The next moment, his wife came out of the kitchen. As soon as she saw us, she started yelling in a very frightful way: "Again?? Again???? You scum, you bastard!" She then literally plunged her nails into his face while saying to me quickly: "Little girl, please go home, please." The man was mumbling something, and his wife was sobbing and yelling at him. I did not understand anything and ran home. When I was home, I told the story to my mother, and to my surprise she got really scared and started preaching me to never talk to strangers. I was eight years old when it happened. I now understand, of course, that that man's wife knew about his perversion, but my mother! She knew that there was a pedophile living next door, but she took no effort to do anything about that."

Parents can learn how to protect their kids and instruct them on how to defend themselves from dangers. There are some books of experts can help parents with that.