On May 5, 2018, the University of Würzburg in Germany hosted a Ted Talk on the topic "Future Societies". Among the speakers there was also Mirjam Heine, a medical student who made a controversial speech entitled "Why our perception on pedophilia must change". 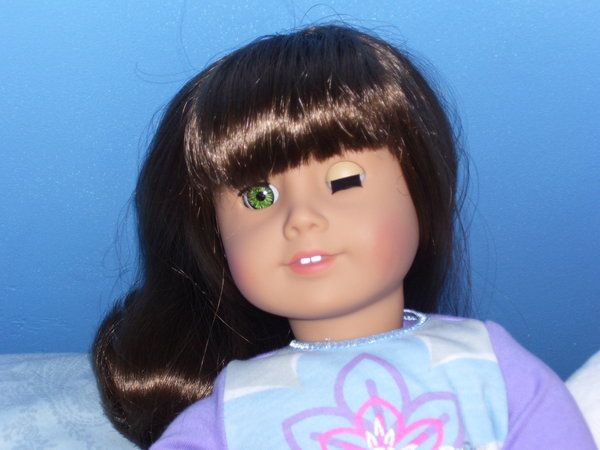 "Pedophilia is a natural sexual orientation"

In his presentation, Heine cited some scientific research that classifies pedophilia as "an immutable sexual orientation". As stated in the program of the event, the student is inspired by the work of a certain Dr. Klaus Beier, director of the department of sexology of the Charite, considered one of the best university hospitals in Berlin.

According to Heine, nobody is responsible for their sexual orientation and their feelings, "but everyone is responsible for their own actions regarding them". In short, therefore, pedophiles should be accepted because they can not change their wishes. They, however, have the task of learning to control them. But the question arises: are there really pedophiles who can not give vent to their perversions?

The student then tells the story of a nineteen-year-old, Jonas, a law student from Munich who is attracted to girls between the ages of six and 12. "Jonas has a secret that he thinks he can not share with anyone. Not even with his parents or his best friend. He is too afraid of anger, rejection and repulsion. Jonas knows he must do it: suppress his sexual drive for life. And he also knows that he will never find a fulfilling love. Because Jonas is a pedophile who is only attracted to girls aged six to 12" says Heine in front of the university auditorium.

As can be seen from his words, Jonas is therefore introduced as a "victim" within society. Heine then cites unspecified scientific research according to which it should always be distinguished between those who sexually abuse children and those who, instead, are only pedophiles but do not give vent to their perversions.

After this introduction, the woman then tries to convince the public that, according to science, pedophilia must be accepted because it is comparable to heterosexuality: it is therefore a sexual orientation like any other. In short, an absurdity.

"If we isolate them, they abuse"

Heine continues the discussion and tries to explain what is the difference between pedophilia and other sexual orientations. In short, the difference lies in the fact that pedophiles are not free to talk about their sexual preferences, because, if they do, a ruckus happens. According to her, therefore, we should avoid isolating them.

Then, again citing some unclear scientific research, the student states that the more a pedophile is isolated, the more likely it is that this abuse of a child. Basically, his point of view implies that on the one hand, if they abuse, it is also our fault.

Who is inspired by the student

The doctor Klaus Beier, to which Mirjam Heine was inspired for her Ted Talk, as well as being director of the department of sexology of the Charite, also manages a controversial prevention program for pedophiles always inside the university hospital in Berlin.

The initiative is called Kein Tater Werden, which translated from German means "Do not offend". As reported by the Independent in an article two years ago [ https://www.independent.co.uk/news/world/europe/germany-paedophilia-clinic-university-hospital-treatment-berlin-a7384356.html ], the aim of the course is to teach pedophiles how to control their sexual impulses towards children.

The program, launched some 13 years ago, involves potential sex offenders and even those who have committed sexual offenses but have managed to get away with German justice.

"Pedophilia is not curable", Beier explained to the English newspaper. "But it can be treatable". According to the doctor, therefore, a pedophile can learn to control his impulses. The project is based on the principle that sexual attraction towards children is indeed a medical problem but, as stated by Beier, "it is not a crime" until when it is not abused.

Klaus Beier gave an interview to the Times of India in March 2017 [ https://timesofindia.indiatimes.com/city/chennai/paedophilia-is-a-fate-and-not-a-choice-german-doctor-says/articleshow/57619901.cms ]. From his words, the link with the medical student who held the Ted Talk is even clearer. "Pedophilia is a reality and healthy societies must learn to accept it," says the doctor. According to Beier, sexual perversion towards children is considered a "destiny" and not a choice. Therefore, we should accept it.

Ted has removed the video

The video was eventually removed from YouTube and from the official Ted page after the medical student explicitly requested it. "We learned that the speaker asked to be removed from the Internet because she had serious concerns about her safety," you read on Ted's blog.

In a note, then, Ted explained that, apart from the annual conferences of the non-profit organization [ https://en.wikipedia.org/wiki/TED_(conference) ] , the other events signed "Ted" are organized independently. Just like that at the University of Würzburg.