Military men of the army of Pakistan conducted a successful operation to rescue a Russian climber, who stayed alone at an altitude of 6,200 meters on a slope of Mount Latok-1 of the Karakorum ridge. 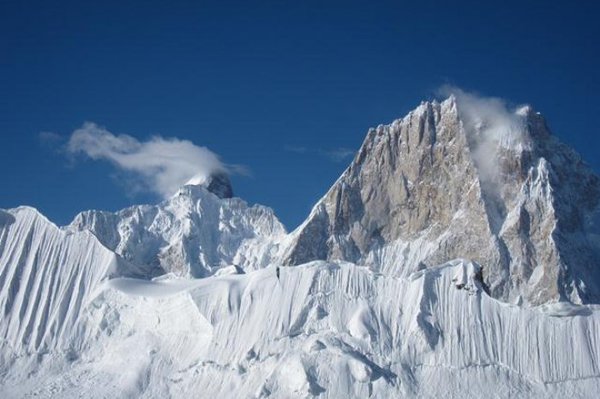 According to the Nation, a Pakistani newspaper, and the interdepartmental service for public relations (ISPR) of the Armed Forces of Pakistan, the climber, Alexander Gukov, was blocked on the slope for six days before he was rescued on Tuesday, July 31, in an "intense helicopter mission." The man ran out of food three days ago, but rescuers could not rescue him because of bad weather conditions. The climber was staying at an altitude of 6,200 meters, and the cloud cover was at 5,000 meters.

Two Pakistani military helicopters and dozens of people took part in the mission to save the Russian climber. The Russian Embassy in Pakistan and the Ministry of Foreign Affairs rendered assistance in organizing the rescue operation. Russian citizens transferred more than a million rubles to the account of the Federation of Mountaineering of Russia to assist in the operation.

After the rescue, the climber, Alexander Gukov, was taken to hospital. He has not suffered from frostbite, but the man remains very weak and can talk with difficulty.

Gukov was climbing Mount Latok-1 as part of a group of five mountaineers. One of the team members was injured as a result of a rockfall. The injured person remained in the base camp with two other climbers.

Two other participants of the summit ascent - Alexander Gukov (resident of St. Petersburg) and Sergei Glazunov (resident of Irkutsk) - decided to continue their ascent. It remains unclear whether they managed to succeed. Gukov's partner died when he fell off the mountain with all the climbing equipment.

Gukov was thus left alone on the mountain; he did not have any cables to continue descending on his own. The mountaineer sent an SOS message, his friends established his coordinates, but it was impossible to reach him as the ascent was highly complicated.

The website of the Mountaineering Federation of Russia said that Glazunov and Gukov were among the participants of the mission to ascend Mount Latok-1 for the filming of "Impossible - it's not forever" documentary.  They attempted to climb to the top in 2017, but failed to do it because of bad weather.

Mount Latok-1 is a peak in the Karakoram mountain system; the mountain is 7,145 meters high.