World cocooned by the peace of Ramadan

The peaceful touch of Ramadan has once again lovingly descended on Russia, home to 23 million Muslims. Although many people think that Ramadan is only a holy month of Muslims, it is also a great blessing for Christians and Jews, who also believe in one God. As a representation of this fact, people from different faiths frequently attend packed iftar and festival dinners to celebrate this beautiful time alongside Muslims. 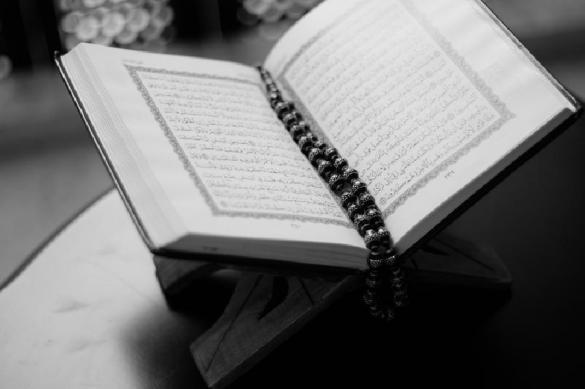 This spirit of solidarity is everywhere. For example, when Moscow Cathedral Mosque was opened by President Putin with the participation of President Erdogan in late 2015., the grand opening was celebrated not only by the four million Muslims of Moscow, but by the entire Russian nation. During his speech, President Putin quoted the 148th verse in the second surah of the Qur'an and emphasized the significance of 'outdoing each other in goodness' and referred to Russia's multi-ethnic, multi-confessional character and how its strength came from that spirit of union.

Many people in the world don't know that shortly after President Putin took office, he brought upon significant spiritual changes in the Russian national anthem. For example, the phrase " Хранимая Богом родная земля!" (this native land protected by God) was added to the national anthem of Russia, which had no references to spiritual values before Putin. This is a clear example of President Putin's reverence for the common sacred values of all Russian nationals, be they Christians, Muslims or Jews.

As a matter of fact, it is this attentiveness to sacred values as much as the policies of President Putin that keep Russian people together, despite the enormous pressure of the Western world to create the opposite effect. In a 2015 speech, Putin said, '...this mutual enrichment of different cultures, traditions and religions has always been our country's distinguishing feature and strength', effectively pointing to importance of the unifying quality of sacred values.

Famous American director Oliver Stone's successful documentary 'Putin Interviews' also revealed some interesting details about the private life of Putin. For example, Putin has a large, beautifully made painting of Jesus in his private study at Kremlin, which is a clear testimony of his love and admiration for Jesus. Putin also expressed the importance of faith for him by saying that he never took off his cross, which was blessed in Jerusalem.

Putin, who also visited the spiritual center of the Old Believers in Moscow, as the first head of the state  in 350 years, frequently meets with Christian and Muslim community leaders and discusses with them important topics. Especially during Muslim festivals and Ramadan iftar dinners, Putin meets with Muslim leaders and praises them for their contributions to peace and stability, which is another indication of the multi-ethnic structure of Russia. The warm relations between Turkey and Russia are mostly due to President Putin's and President Erdogan's aligned policies and joint emphasis on sacred values. Even though  relations were briefly strained for a while due to FETO's plots,  Russian-Turkish relations are at the moment, probably at their highest. In addition to large energy deals signed, the two countries have agreed on many other deals in military and trade and reinforced their old friendship.

Islam, despite being based on love and peace, has been the target of a global scheme for a very long time. However, the efforts to associate Islam with terrorism has hurt not only Muslims, but also created devastating spiritual and physical effects in the entire world. Nevertheless, it is possible to repair this damage, through an 'alliance of the good' like Russia and Turkey's friendship, which once again proved that 'every cloud does indeed have a silver lining'.

With the arrival of Ramadan, 1.6 billion Muslims will begin their 30-day fasting on the same day, as a beautiful religious observation done to please God, and this will no doubt create a spiritual effect that will embrace the entire world. When a person tames and controls one's own desires, that person achieves a deeper level of understanding and wisdom. When a large amount of people is trained like this simultaneously, the resulting positive effect on the society will be significant. The positivity will outweigh negativity, creating a domino effect of brightness in every aspect of life.

No matter which faith they belong to, believers, who are the leaders of goodness, will once again enjoy this great spiritual strength and their shared happiness will turn into a union of love with iftars to be held in Russia once again this year. We hope that the spirit of unity that will emerge from these iftars, which are well-attended by all Russians regardless of their faiths, will lead to great friendships that will become long-lasting relationships.