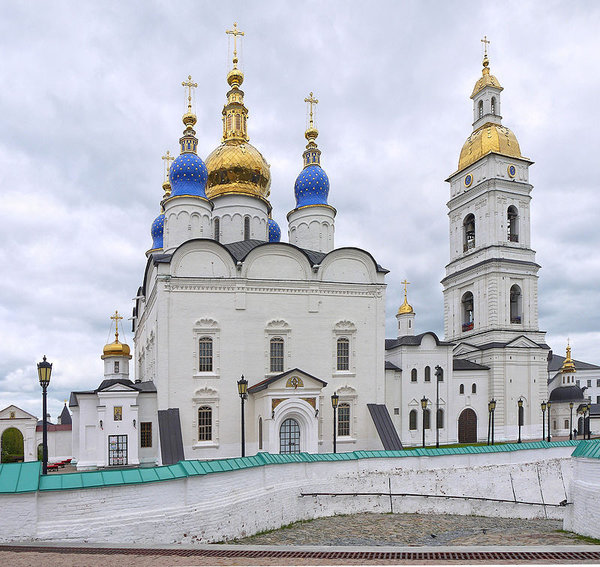 Prince Vladimir Kirillovich Galitzine, a descendant in the line of the oldest aristocratic family in Russia ­- an aristocracy that was at least 600 years old, was born in Yugoslavia. His family ended up in Germany, before WWII hell broke loose, culminating their flight of escape in the United States of America.

For 38 years Vladimir Kirillovich Galitzine served as Treasurer of The Cathedral of Our Lady of the Sign, which was backed by the Russian nobility. It was one of the churches housed in the headquarters of the Sinod of bishops outside of Russia, located on the Upper East Side. Prince Galitzine presided as Head of the Russian Nobility Association. He was approachable, humble and humorous. A more blessed man is rare to find.

Every year, after Great Lent and midnight stand, which lasted until four in the morning we celebrated Easter sitting on the second floor of the church cafeteria, breaking bread together with the priests. The serving was lavish. At each table there were piles of colored eggs, various salads, Kulich and special made cottage cheese, called Pasha, along with some fish and various delicacies.

Both red and white wine was also available. Prince Galitzin with a broad smile on his face, offered vodka, carrying it himself in tiny plastic cups made for shots.  He enjoyed watching people celebrating Easter and like a child was happy to serve.

These memories of him I will cherish for life, along with his many jokes from his bright and clever sense of humor. I was delighted to meet him and his loyal wife, Tatiana Galitzine, in 1986.

Prince Galitzine ventured on his very first trip to Russia in 1990.  He was terrified to observe that numerous churches had been destroyed.

On his following trips, he noticed that the churches were being rebuilt with astronomical speed. The workers had day and night shifts to restore churches that had been blown up earlier, during the October revolution.

After his retirement from the Bank of New York, where he worked as a Senior Vice President, he visited Russia on every opportunity.

Prince Galitzine met with the Moscow Patriarch of Russia, his holiness Kirill and exchanged relics and icons putting an end to the differences between the two churches.

After almost 90 years he helped to establish the canonical unity between the Moscow Patriarchy of all Orthodox churches of Russia and The Cathedral of Our Lady of the Sign formed outside of Russia to become a part of his forefather's motherland.

On, February 22, after a difficult six months of illness, Prince Vladimir Kirillovich Galitzine was embraced by the hands of the Lord.