Is it safe to serve in the Russian Army?

There are many young men in Russia, who do not want to serve in the army. Some traditionally see army service as the worst experience of all that a man may have in his life. Others fear army hazing and coercive service in hotspots. Yet, all Russian men are happy to receive gifts and congratulations on February 23, which is celebrated in Russia nationwide as the Army Day, or Men's Day. 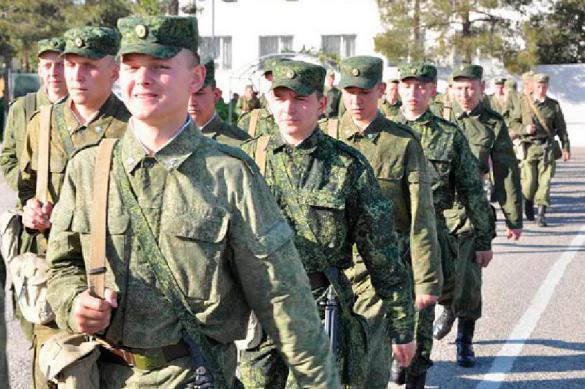 According to the Russian Defence Ministry, the number of conflict situations and criminal offence against conscripts has been decreasing by 5-15 percent every year. At the same time, it is hard to either to confirm or disprove this information, because a decree from 2015 classifies army losses in peacetime.

Needless to say that such secrecy gives ground for rumours and speculation. Not that long ago, the head of the Public Chamber Commission for National Security Affairs, Alexander Kanshin, requested the Main Military Prosecutor's Office to reinstate the practice of providing information about crimes, accidents and corruption in the army, including the data on non-combat personnel losses. Last time, such data was published on the website of the Defence Ministry in 2008: 471 people. In the next two years, one could talk about casualty rate in the Russian army on the basis of reports from Military Prosecutor Sergei Fridinsky and Prosecutor General Yuri Chaika. In 2009, 470 people died in the army, and 478 lost their lives during army service in 2010. Most of the deaths of servicemen of all ranks take place as a result of road accidents and violations of safety regulations.

Chairman of the All-Russian Trade Union of Military Men, Oleg Shvedkov, says that the number of deaths among military personnel has significantly decreased during the recent years. "Roughly speaking, there were about 100 deaths for 800,000 people in the past. Presently, the number has dropped to 20 deaths per 400-500 thousand. The reduction is obvious," Mr. Shvedkov said.

Ella Polyakova, member of the Presidential Council for Human Rights, believes that the Defence Ministry deliberately conceals the data on deaths and injuries among conscript soldiers. According to her, up to 500 servicemen die in the army every year.

This figure nearly coincides with those mentioned above, and it is dramatically high. However, let's step outside a military unit to see how blissful civilian life can be for many Russian young men.

Russia is ranked first in the world in terms of the number of suicides that occur among conscription age citizens. The head of the department of the Federal Medical Centre of Psychiatry named after Serbsky, Boris Polozhy, said that the number of teenage suicides in the Russian Federation nearly halved over the past five years. Still, Russia ranks high in terms of the "frequency" of teenage suicides per 100,000 citizens of the corresponding age group. Russian teenagers commit suicide 1.5 times more frequently than their peers in most European countries. This terrifying figure is much lower among girls aged 15-19.

Fires in Russia kills about 20,000 people every year. In other words, fires destroy the population of a small town every year.

As many as 50,000 students get crippled at Russian schools annually.

Last year, Alexander Bastrykin, the head of the Investigation Committee, published statistics according to which, a year earlier, 888 Russians were recognised as victims of medical errors and negligence, and 712 of those people lost their lives.

Counterfeit alcohol kills about 60,000 people every year. Heavy drugs claim the lives of 40,000 Russians. Once again: it goes about civilian people, not military personnel.

The mortality rate on Russian roads is terrifying. In Russia, car accidents with lethal outcomes occur three or four times more frequently than in developed countries of Europe and Asia. The number of victims of car accidents reaches 30,000 people a year; a quarter of a million receive maiming injuries of varying degrees. For comparison, a decade-long war in Afghanistan claimed the lives of 15,000 Soviet soldiers.

It is hard not to agree that such a massive scale of human destruction is reminiscent to genocide. However, no Russian parent has ever destroyed, burned or eaten the driving license of their adult children. Still, those parents will try to do their best not to let their sons go to serve in the army.

In today's Russia, conscript soldiers serve for 12 months and, as a rule, not far from their home towns. They communicate with their families on the phone and Skype daily. They do not work on farms, nor do they peel potatoes at night.

Representatives of the Chief Military Prosecutor's Office say that the number of draft dodgers decreases by 20 percent every year. This could be an optimistic number, if it wasn't for some others.

Russian schools produce about 750,000 graduates every year, and about a half of them are young men.

The autumn draft of 2017 conscripted 134,000 young Russians, 152,000 joined the army in 2016.  Where are all others? Did they become parents, entered higher education institutions or were born physically challenged? According to public data, only 40 percent of conscripts are called up for military service, which is less than a half. For some strange reason, there are many individuals in Russia, who think of themselves as real men, but who fear the army subculture.

Russian Defence Minister Sergei Shoigu said that Russia works to reform its armed forces into a fully professional army. Some others say, though, that Russia is doomed to have the mixed contractual and recruitment conscription. Mixed conscription is common practice in 18 countries of the world, such as Norway, Sweden, Finland, Germany, Greece, Turkey, Malta and Cyprus. 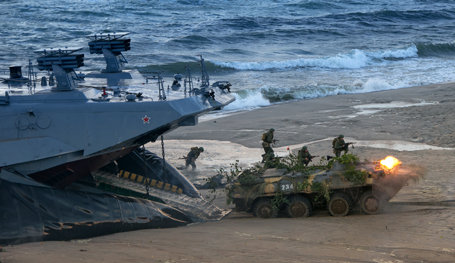