US President Donald Trump has ordered to hold a large-scale military parade in Washington on Independence Day on July 4 this year. 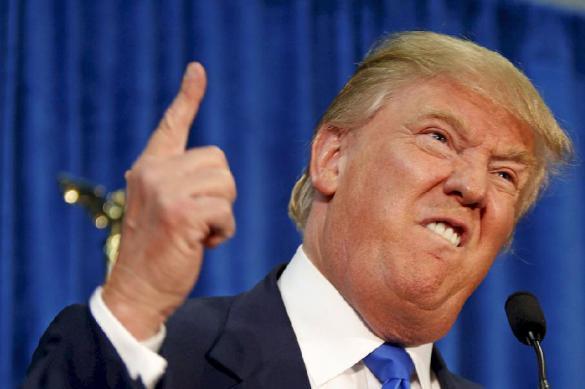 Trump made a decision to hold a military parade in the USA after he witnessed a similar event on the Day of the Bastille in Paris. Is the USA trying to demonstrate its military power or is Trump trying to copy Russia's tradition of military parades? Pravda.Ru asked this question to Andrei Manoilo, Doctor of Political Sciences, an expert in the field of security.

"This is an unusual step for Trump to make, because America does not have the tradition to hold military parades. At least, the Americans have never had any in the last 30-40 years. Military marches are mainly the prerogative of the Soviet Union and Russia. It must be the "Russians" who came up with an idea of how to improve his ratings. There is no Red Square in the US capital, so they can hold it on the street that goes from the Capitol to the Lincoln Memorial."

"What is the practical benefit of this undertaking for Washington? What does businessman Trump need a military parade for?"

"All of his actions are aimed at seeking support within the American society. In this regard, Trump, organising the parade, can solve several tactical tasks at once.

"First off, he wants to show that he is not just the president of a great nation, but also a military leader. He will review the troops personally, and this is a direct allusion to the events of the past, when great presidents Lincoln and Washington had the support of the army. Apparently, Trump misses that.

"Secondly, a military parade is a demonstration of state-of-the-art weapons, so Donald Trump is running a promotional campaign at this point. He creates jobs, including in the defence sector, he needs to convince the Congress to ensure large defence orders, because they are vital for the  American economy. The United States needs to go at war with someone once in every seven years, to ensure those orders.

"Trump is going to showcase the goods to congressmen who do not really know what modern weapons can do, and why one needs to spend so much money on them. Thirdly, one needs to understand that the prestige of the US army plummeted during Obama's presidency because of failed campaigns in Afghanistan and Iraq.

The American society is tired of wars, and this affects the prestige of the modern army of the United States. Donald Trump will try to raise it with the help of military parades. The move will come in handy for him, because the parade will be held on the eve of midterm elections in the US Congress, which will be held in November of this year. It very much looks like it was some Russian "advisers" who put forward the idea for him, and he liked it."