Andrei, a Greek name, which is a popular name among Slavic nations, was not included on the list of permissible names in Iceland. According to the MBL newspaper, the Icelandic State Committee on personal names declined the request to include the name Andrei onto a special national register of Iceland. 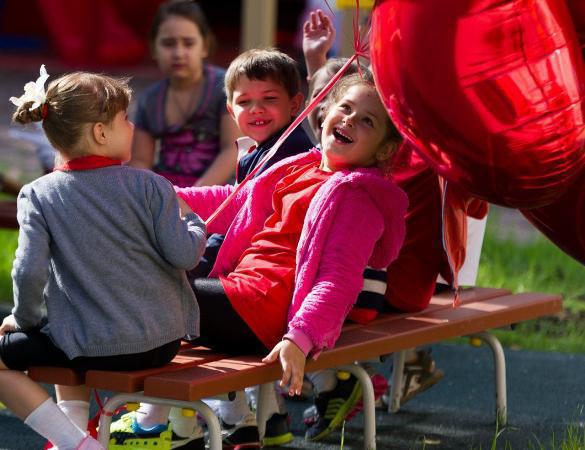 In Iceland, a 335,000-strong nation, they pay special attention to efforts to maintain the purity of the language. The Icelanders prefer not to make direct borrowings of words, including proper names,  from foreign languages. Instead, they prefer to give them a new form to make them meet the norms and rules of their mother tongue.

In Iceland, names for newborns should be selected solely from the list approved by the State Committee, which creates difficulties for foreigners who move to live in the Nordic country. Exceptions are possible only if both the father and the mother of the child born in Iceland are not citizens of the country.

The name Andrei was rejected for the reason of spelling - the spelling of this name does not comply with the rules of the Icelandic language. The name register, however, includes five other variants of the name used by representatives of different peoples: Andrean, Andreas, Ande, Andres and the Icelandic Andri itself.

To date, Iceland's name register counts about 3,600 men's and women's names. This month, five new names have been added to it: Heymar and Brimtour - for boys, Goodna, Iselin and Lioney - for girls. Rockk and Horgdal are among the second names allowed in Iceland, which can be given to children of both sexes.

To have a new name added to the register of names allowed in Iceland, it must meet a number of requirements. The spelling of the name should comply with rules of Icelandic phonetics and spelling. It can contain only characters of the Icelandic alphabet, which has 32 letters, but lacks such Latin letters as C, Q, W and Z. The new name should be easily adjustable to case forms (there are four cases in the Icelandic language). To crown it all, the name should be given a grammatical gender that must correspond to the sex of the child that has received this name. These rules are of special importance as for the vast majority of Icelanders, their patronymic is used as surname.

Six members of the State Committee oversee compliance with the above-mentioned rules. In each specific case, the officials have to decide whether the new name is euphonious, whether it evokes unnecessary associations among native speakers, and whether the name is consistent with European and Icelandic naming traditions.

During the recent years, the Icelandic press has written a lot about several high-profile cases, when local residents had to struggle against the name-giving system. For the time being, it has not been possible to change the Icelandic law on personal names, but there were a few exceptional incidents, when Icelandic courts had to make concessions to parents and their children.

The most famous case is the story of comedian and the former mayor of Reykjavik, Jon Gnarr, who was born as Jon Gunnar Kristinsson. In 2010, a court legally allowed the man to change his second name from Gunnar to his childhood nickname Gnarr, which he had been using almost all his life. Jon Gnarr also wanted to completely get rid of his patronymic due to the conflict with his father. He could do it only after he moved to live to the USA in 2015, but the Icelandic authorities have not recognised the American document.