The bulldozer goes into action, moves inexorably and hits with the hardness of steel the wall of the church of Saint Lambert, a small Catholic temple in the town of Immerath in North Rhine-Westphalia. In two days, the church has turned into a heap of rubble. In its place nothing but an empty space, which will serve to expand the nearby coal mine of Garzweiler. Some say it will be used for a new deposit, others to widen the access routes. And this is the reason for the demolition, decided as early as 2013, when the federal court decided that the rights of the local population, the ecologists and those who fought to keep an old church standing (deconsecrated but in the hearts of the local faithful), were less important than the public interest in increasing the mining capacity of that coal mine. Today, that church built by the local Catholic community in 1893 does not exist anymore. 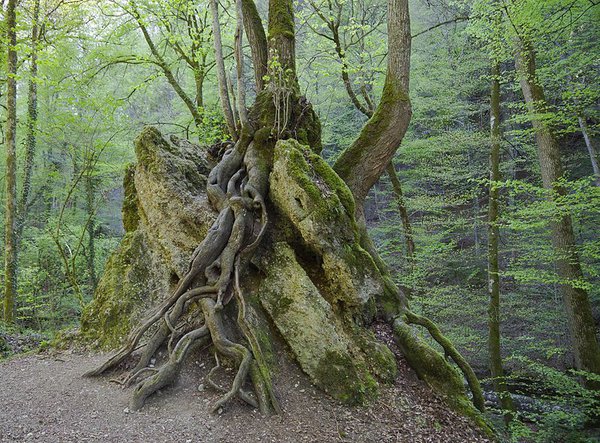 And with it, it must be said, a little piece of Europe is also leaving, which is slowly taking part to give in to the impetus of modernity, of production, of the frenetic pace of the market. A Europe that prefers to expand a coal store rather than maintain a structure that, after more than a century, remained there, to remember that a religious tradition, but still cultural, existed and should continue to exist:

Unfortunately, this is not the first case of old churches desecrated and demolished by the laws of the market. And in this, it is the Church, the one with the capital "c", to be somehow complicit. If you make the temples as places subject to the coldest laws of the market, it is clear that a little church of the village, less and less frequented and with few priests available, becomes a cost and not a resource. But can a temple of any faith, as a civil monument, become a market object and turn into a mere question of convenience? Unfortunately, Europe is already responding positively to this question. In this, France is sadly in the vanguard. Despite the presence of Christianity for about 1500 years, many churches, especially the smaller and more peripheral ones, are left to neglect and abandonment.

Faithful, parsons, money are missing and then it is the curia itself that sells churches to private individuals, who decide to cut them down to build something more fruitful like a car park, a shopping center, a cinema, or convert them into gyms, offices, hotels. And if it is not the curia to deal with it, it is the mayors, who for cash or ideological reasons, prefer to demolish the cultural and historical heritage of their city rather than keep it standing as the last symbol of a larger tradition. In 2016 the case of the church of Saint Rita, in Paris, was demolished for parking. The protests of the faithful barricaded inside the church were worthless: it was the policemen themselves who evacuated it and dragged away the parson to allow the destruction. Seven churches were knocked down in 2016 in France. As Giulio Meotti wrote for Il Foglio

"It goes from the chapel of Saint Bernard in Clairmarais to the church of Ferrandière in Villeurbanne. Together with those destroyed, in 2016 the French state, which manages part of the places of worship since 1905, has deconsecrated and put on sale another 26 Christian places of worship".

This secularizing fury is a symbol of the process of identity loss that is Europe is suffering. The image of a stone church devastated to build asphalt pavements is something that affects not only the eyes, but also the mind. Because it makes us understand not so much the inexorable end of a certain kind of European culture, but the absolute normality with which this happens, as if we were again in obscure periods of history. It is not the barbaric devastation of terrorists or totalitarian regimes, but a more subtle and "politically correct" destruction that, however, leads to the same result. It is hard to say whether this is the cause or effect of Europe's detachment from its roots. But the fact is that we are losing them. What the other religions do not do instead. It is enough to think of a fact, as quoted by the article in the sheet, the registered mosques, in France, are about 2,390. In 2003, those registered were 1,545. A fact about which to reflect, not for Islamophobia, but for understanding the strange evolution that is undergoing our continent. If a church is demolished because it is useless while selling a few euros for land to build other places of worship of other religions, something, obviously, is happening.