Ten things that foreigners can never understand about Russians

There are many things that foreigners find shocking and astounding about Russia and the Russian people. It is an open secret that foreigners think of Russians as those who do not like to smile much, whereas the Russians find the habit of smiling on every occasion quite bizarre. There are other things in the Russian culture that one may find it very hard to explain to foreigners. 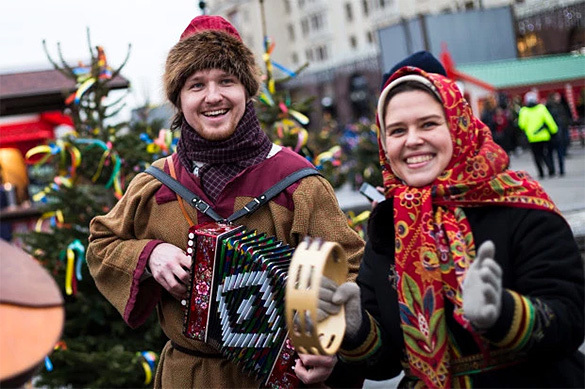 It was generally believed that people consume largest amounts of tea in England, but those times have long gone by. Today, tea enjoys great popularity in Russia. In Russia, people drink tea all the time: they drink tea with any dish (and sometimes even pills), a guest would always be offered a cup of tea, they drink tea both on hot summer days and freezing winter days. Tea is a drink that connects people in Russia, and one does not have to be thirsty to have some tea, and if you're offered a cup of tea you simply can't refuse. At the same time, teatime usually implies some sweet snacks on the table: they can be chocolate sweets, some pretzels, waffles, biscuits, jam and anything else sweet.

Any adult Russian person is an expert in the field of health and medicine, and they do not need a doctor to arrange their own treatment. A sick Russian person knows all about his or her symptoms to diagnose the disease. Afterwards, A Russian "patient" chooses between folk remedies or some pills that they decide to take for themselves. Going to the doctor's on a regular basis is something unreasonably whimsical for an average Russian.

Russians do not shake hands or kiss "over the doorstep"

Both people have to stand on one side of the door to either shake hands or kiss, and they cannot do it otherwise: this is a bad omen.

Sitting down before going on a trip

When the suitcase is packed, a Russian person does not rush to leave home. At first, one needs to sit down in silence for a minute or two. Incidentally, this is a very practical ritual, because one can gather their thoughts and try to remember if everything has been packed and not forgotten.

Sometimes Russian dog lovers manage to keep a big pet in a tiny apartment - this is completely incomprehensible behaviour for foreigners, who generally keep dogs in suburban houses. A big dog in a small apartment very often feels bored, it barks loudly, annoys neighbours. If a dog gets too much annoying to its owners, they lock the animal on the balcony. Indeed, one can often see dogs barking from balconies of apartment buildings in Russia.

A Russian person must have a higher education

If a Russian has no higher education, he or she is considered a loser and uneducated individual.  University education appears on the bucket list of every adult Russian person. What is more, Russian university education may not correlate with real life prospects. It is simply necessary for every Russian - as a surname, for example.

Going out to a grocery store can be a real challenge for Russian women. Most of them believe that they have to look nice not to embarrass themselves if they come across someone they know outside. There is another strange habit among Russian women. One can see this phenomenon during a cold time of the year, when people have to wear coats and hats to go out. If a woman (usually a middle-aged lady) wears a hat and then she goes to a coffee shop or a cafe, she will remove her coat, but not her hat. She will eat and drink while wearing the hat thinking that her hair will look messy because of the hat.

It is not customary for all countries to take off one's shoes when coming home. In Russia, wearing street shoes at home is absolutely unacceptable. The Russians always remove their street shoes and wear slippers at home, and there are not many of those who walk barefoot in their flats. Usually, every family member has their pair of slippers, sometimes even two, and there are also extra slippers for guests. What Russians can never understand is how Americans, for example, throw themselves on a couch while wearing sneakers.

There is no polite form in Russia to address a stranger

It may be difficult even for Russians themselves to address a stranger.  Usually, all women are referred to as "girl" ("devushka" which means a young woman), regardless of age, status and occupation. An elderly woman on the street, who dropped something, would also be addressed to as "devushka." A man would be addressed to simply as "man" - "muzhchina." The word "gospoda" ("gentlemen") as a formal address sank into oblivion after the revolution, the word  "comrades" ("tovarishch") that came to replace it, is gone too, and nothing has come to replace them.

Also read: Europeans say what puzzles them in Russia most