You're invited to death penalty: Barbaric traditions of world's most progressive states

It is believed that on the way to progress, mankind gets rid of barbarous habits. The level of civilisation of society can be determined, among other things, from its attitude to death penalty. This type of punishment still remains in use in the United States and China, even though one does not call them backward countries. On the contrary, these two states are seen as the engines of human progress. Apparently, this is the reason why both the Americans and the Chinese follow in the footsteps of technological development even when it comes to such a controversial issue as death penalty. 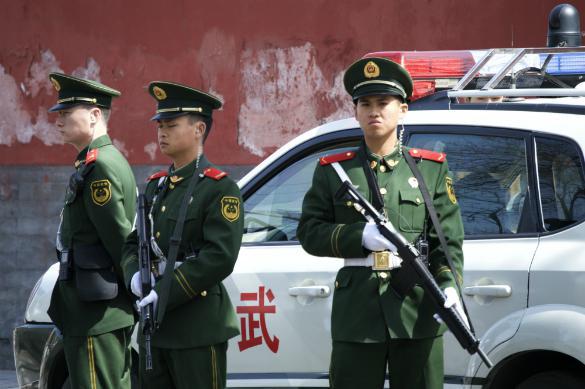 The good old tradition  - to invite the public to the place of execution - was revisited in southern China, in Guangdong Province, in December, where ten people were publicly executed for looting, killing and selling drugs. The invitation to the execution had been posted on the Internet. Thousands of local residents came to the stadium, where the executions were conducted. According to media reports, the people in the audience were smoking, drinking and filming the execution of other human beings on cell phones. In general, the atmosphere of the event was quite relaxed.

The fact itself may seem shocking to a person unfamiliar with Chinese realities, but the culture of public executions and a not very serious attitude towards them are part of local traditions of modern-day China.

According to experts, public executions used to be commonplace before the 1980s, when there were  strong vestiges of the cultural revolution of the 1960s-1970s in China. The purpose of such executions was to teach moral lessons to people and make potential perpetrators tremble with fear.

Astonishingly, the authorities do not even bother to send the bodies of executed individuals to the morgue - they are left on the site of the executions for their relatives to collect and bury them afterwards. To crown it all, neither the family of the condemned, nor the locals consider this administration of justice to be wrong.

As a cautionary measure, such an attitude towards criminals is supposed to show strong influence on ordinary people. According to the statistics of Chinese human rights organisations, China executed by shooting about 2,000 people for various crimes, including bribery, in 2016.

As a rule, public executions are carried out in stadiums, where sentenced criminals are ordered to line up. Afterwards, on command, they kneel down, and soldiers behind them shoot them in the head from a distance of a meter after a sentence has been read out loud.

In some ways, this approach to public executions looks barbaric. In the US, journalists, the jury, investigators and representatives of municipalities are also invited to attend executions. Death penalty as an exceptional measure of punishment is used in more than a half of the states in the USA.

In 1989, 55-year-old Joseph Wood, who was convicted for the murder of his girlfriend and her father, was agonising after a lethal injection for about two hours, and most of the time he was conscious (the scene was unfolding in front of the audience). The governor claimed that the prison administration was not guilty of the incident. Afterwards, it was agreed that the USA was unable to make good quality lethal injections, because Europe had ceased its supplies to the US for reasons of humanity. It just so happens that death row inmates in the USA suffer because of European values.