Every third Russian needs anti-depressants they can hardly get

Scientists have found that about 30% of Russian citizens carry mutations that make them feel depressive and suicidal. Thirty percent accounts for 48 million people who need anti-depressants. 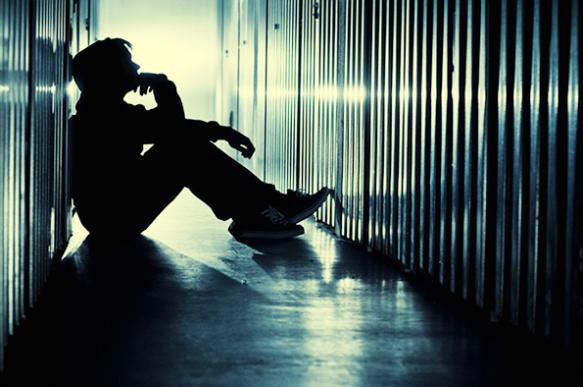 The number of people affected by this condition is expected to grow this autumn. Traditionally, Russian officials have taken special measures to make the lives of those people even harder. In late September, just before the peak of the depressing season, they imposed severe restrictions on the sale of antidepressant drugs. For most people suffering from depression, the new rules mean that they will have to pay regular visits to doctors to receive recipes.

It is very hard for a depressed person to force themselves to go to see a doctor and spend a few hours of their life to be able to buy the drug, which may not be available in every drug store. Hence, those who suffer from depression and need anti-depressants will have to experience interrupted courses of treatment. This may bring to naught all efforts to return those people to normal life.

In Russia, the number of people who are familiar with depression has been growing steadily. In April, WHO representative to Russia, Melita Vujnovic, reported that the number of people suffering from depressive disorders in Russia reached 5.5% of the population, that is, almost eight million people. Russia's Chief Psychiatrist Zurab Kekelidze predicted depression to become the second cause for disability.

In the summer, specialists of Genotek and scientists from the Federal Centre for Psychiatry and Narcology found that about 30% of Russians carry the mutations that make them prone to developing depression and suicidal feelings. It goes about every third Russian - about 48 million people genetically predisposed to depression - 48 million guaranteed consumers of anti-depressants.

As soon as one realises the scale of the problem, it loses the medical importance and becomes a marketable issue. Who will save all these 48 million from depression and by what means?

A healthy lifestyle, physical exercises, running, singing and dancing, good sleep and good diet, rich emotional life - doctors always recommend all this and the media always propagate it. The government develops relevant orders, regulations and recommendations. However, we live in a market reality, which means that things happen where cash flows. Needless to mention that cash flows have nothing to do with a healthy lifestyle.

There are only three real fighters with depression when it comes to such a huge country as Russia: producers of antidepressants, alcohol and drugs. Their struggle is the real content of what is being done in such areas of state policy as the propaganda of healthy lifestyle, regulation of trade in alcohol-containing and psychotropic drugs, and the restriction of trade in alcoholic products.

As we mentioned above, Russian officials have restricted the sale of antidepressants in the country. Apparently, someone is trying to oust an overly dynamic and ambitious competitor from the market.

The sales of antidepressants in Russia have growing at a rapid pace. According to DSM Group, the number of packages of drugs sold in January 2016 was 394,400 pieces. A year later, the number increased to 514,500, and in August 2017 - 604,100 pieces. Here, it goes about antidepressants, the popularity of which has been gaining momentum in Russia, the Kommersant wrote.

The specialists who commented on the latest decisions of the Ministry of Health agreed that those  suffering from depression will find it much harder to obtain the drugs they need on time. Let us hope that those people will choose to go to the gym, an opera house or a swimming pool instead of drug dealers of liquor stores.