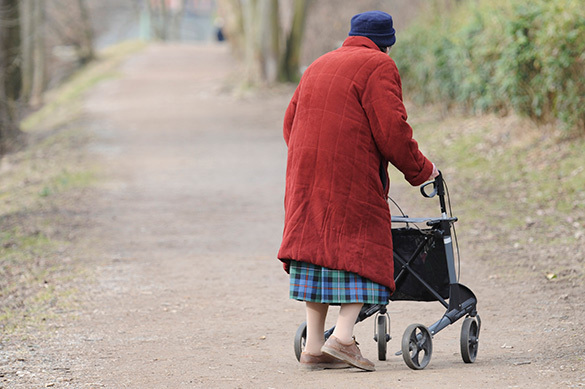 As the proportion of the older persons across the Asia-Pacific region increases exponentially, we must seek out new and innovative approaches to turn this demographic trend into an opportunity to be harnessed to help achieve the ambitious targets of the 2030 Agenda for Sustainable Development.  The number of older persons in the region is expected to more than double, from 535 million in 2015 to about 1.3 billion by 2050, we need to consider the myriad impact of this phenomenon on our economies, societies, and livelihoods.

Ignoring this challenge is likely to have profound consequences. We cannot leave the care of older persons to families alone nor can we ignore the need for progressive health care and income security schemes. Future economic growth cannot be assured by the current and projected working-age population. The ratio of people of working-age to older persons is decreasing sharply, and in most countries of the Asia-Pacific region, less than a third of the working-age population contributes to a pension scheme.

Traditional systems rely on the family to support their ageing relatives - both financially as well as providing care for those who need it. However, with smaller families, there will be fewer family members in working-age to shoulder this responsibility. Declining support ratios also have implications on existing social security schemes, particularly pay-as-you-go pension systems, under which the contributions paid by current workers support the pensions of retirees.

When one considers the differences in the average age at marriage, coupled with the longer life expectancy of women, women outlive their spouses on average by a range of 4 to 10 years. Yet, as the proportion of women in the population increases with age, women are less likely than men to have adequate pension benefits or control over assets, such as land, in their old age. Special social protection measures are required to redress the feminisation of poverty, in particular among older women.

There is a linear relationship - although not a causality - between GDP per capita and the level of population ageing, which shows that countries with higher incomes tend to be more advanced in the ageing process. Some countries became old before becoming rich, such as Georgia, Armenia and Sri Lanka with per capita incomes between $3,500 and $4,100 and a proportion of older persons between 13 and almost 20 per cent.

To economically benefit from our ageing populations, we must ensure that older persons who want to work have the right to and are provided with opportunities for re-employment. The statutory retirement age across Asia and the Pacific is low, considering the current and increasing life expectancies, resulting in long retirement duration. Eliminating age barriers in the formal labour market would help to ease the fiscal pressure on pension schemes and health care systems. Allowing older persons to work as long as they are able and willing would sustain their self-sufficiency and reduce their social alienation. We can turn the phenomenon of population ageing into a second demographic dividend, with financially-secure, healthy older persons, empowered to focus their decades of accumulated experience, wisdom and wealth to stimulate new economic growth.

With the right preparation, we can benefit from a golden generation of healthy, wealthy and active older persons. In 2002, the United Nations brought countries together in Madrid to agree on a global way forward: to treat older persons as actors of development; to ensure their health and well-being; and to create enabling and supportive environments for them. A few weeks ago, representatives from 29 governments in our region assembled in Bangkok to add new resolve to their existing commitments during the Asia-Pacific Intergovernmental Meeting on the Third Review and Appraisal of the Madrid International Plan of Action on Ageing.

The Economic and Social Commission of Asia and the Pacific is working to support countries to turn their commitments into action, to secure increasingly inclusive and sustainable economies and societies for all ages across the region.

We grow wiser, together.

Dr. Shamshad Akhtar is Under-Secretary-General of the United Nations and Executive Secretary of the Economic and Social Commission for Asia and the Pacific