Drug trafficking as integral part of US foreign policy

The Central Intelligence Agency of the USA today is the most powerful special service in the world. During the Cold War, the Soviet Union, its Eastern European allies and numerous satellites in various regions of the world used to be CIA's first priority. After the collapse of the USSR, it seemed that the CIA switched to economic intelligence and the struggle against terrorism and drug mafia. 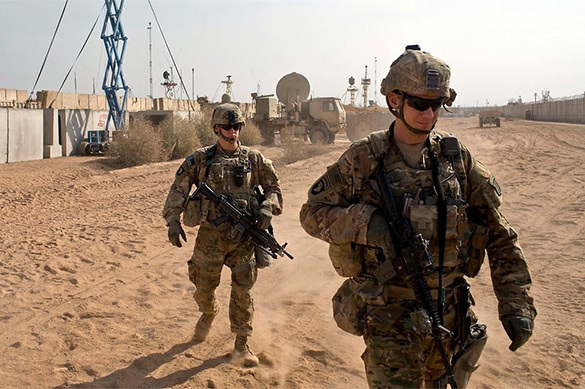 Yet, it is hard to believe that highly skilled agents of the US spy network are now solely engaged in such low-profile cases as theft of technologies, for example. Let us not forget that several decades ago, the CIA was cooperating with both terrorists and the drug mafia.

In 2013, Edward Snowden exposed classified information, according to which only one of 16 intelligence departments of the country employed 107,035 people, whereas the budget of the agency amounted to 52.6 billion dollars, that is, ten percent of the defence budget of the United States.

The National Security Agency can penetrate into confidential messages of almost any political leader with confidential accuracy.

During the 1950s, FBI agents tapped thousands of phones. During the war in Vietnam, the CIA expanded this activity. After the war, the Congress passed a law, according to which any phone tapping required a warrant.

In 1970, the United States arranged an armed invasion of Laos. During that time, the US army was plagued with "heroin epidemic."

It was revealed that helicopters of CIA-operated Air America would bring opium from villages of its allies. The world's largest heroin laboratory was run by Royal Lao army commander, an American collaborator. Several Saigon generals were involved in the case as they would distribute drugs among American soldiers. By 1971, about a third of US Army soldiers in Vietnam had started using heroin on a regular basis.

In fact, the conclusion of alliances with drug lords is a common practice of the CIA, along with the development of a whole system of psychological and corporal tortures.

Over the years, the geography of CIA's drug networks has been expanding. Drug trafficking has become an integral part of US foreign policy. During the confrontation between the USSR and the USA in Afghanistan, the CIA would pay Afghan Mujahideens the money that had been obtained from drug trafficking. The vehicles that would bring weapons to Afghanistan, would then be loaded with heroin. According to independent experts, Afghanistan was producing up to 50 percent of heroin consumed in the US at that time. In the time of Saddam Hussein, there was no drug addiction in Iraq at all. After Saddam Hussein was overthrown in 2003, Iraq was inundated with drugs. American victors could only care less about the fact that the narcotised people were doomed to extinction.

After mysterious terrorist attacks of 2001 in New York and Washington, the USA started expanding its intelligence infrastructure, introducing new technologies for digital surveillance, drones and biometric identification. The National Security Agency was given an opportunity to resume monitoring the private lives of American citizens. Surveillance methods, which the USA tested in other regions of the world, were successfully applied to US citizens. Supervision of the state has become an integral part of American life. Complex biometric and cyber technologies created in war zones of Afghanistan and Iraq have made digital surveillance a reality and now supplement American democracy. Washington's world surveillance network has become a weapon of exclusive power in the endeavour to expand USA's global supremacy in the 21 century.