The case of Kirill Serebrennikov

The Basmanny Court of Moscow considered a petition from the Investigative Committee of Russia about the house arrest for director Kirill Serebrennikov. The head of Gogol Center, who is accused of embezzling 68 million rubles ($1.134,000), tries to prove that this is not necessary, while his lawyer asks the director be released on 68-million-ruble bail. 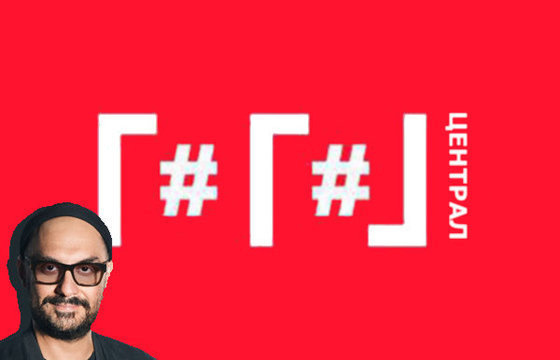 "I am an honest man: this is confirmed by the years of my work and the petitions that you have received. I am making a film about Victor Tsoi and Mike Naumenko, I have a release of "Little Tragedies" at the Gogol Centre, posters are already on display, tickets are sold out. I am not going to run away from investigators, I am going to work," says Serebrennikov. The director believes that he was slandered.

As for the bail, the director's lawyer explained that Mr. Serebrennikov does not have this money. Yet, he added, it is easy to collect the money "with the help of the people who are standing on the street now."

Meanwhile, Serebrennikov has exercised his bravado by giving an interview about his stay in the detention centre, where he was taken to from St. Petersburg.

"I thought that I would be praised for what I have been doing for the last three years, but we have ended up in a cell talking about slippers and towels," said the director. According to him, he has released about 30 theatre projects and has always been in the public eye. He also said that he was not good at economic matters and there were other people dealing with those issues at the Gogol Center.

The director did not complain about the conditions in the cell, but noted that there were two bribe-takers with him in the cell. "They do not beat me, and I am thankful for that," the director concluded, adding that his cellmates were decent and adequate people.

Experts do not see anything that could cause public outrage about the petition for Serebrennikov's house arrest. As a rule, corruption cases, including not only abuse of official powers (for example, various administrative and economic violations) but also various forms of theft of state property, do not lead to "real" prison terms.

Konstantin Dobrynin, Senior Partner at Pen & Paper Bar, believes that "if we look away from the figure of a genuinely talented director and analyse the case through the dull outlook of a lawyer, we will see that there were formal procedural grounds for the detention of Kirill Serebrennikov, unquestionably."

"Both internal and external observers need to understand a very simple thing. In everyday life it is also called a deal: in most of such cases, law enforcement agencies offer the accused a pre-trial cooperation agreement to alter the preventive measure from custody to house arrest. A consequence of such deals is untrue testimony that has the unconditional status of evidence and serves as the basis for bringing charges against new figures on a criminal case. Most likely, this is what has happened to Kirill Serebrennikov," Dobrynin said.

Lawyer, partner at UST law firm, Alexander Bolomatov, said that there was very little information available about the case. "This is common for any criminal case as too much information and excessive attention of the public may hinder the investigation of the case. It is only when the indictment is drawn up, the society must be informed properly about circumstances of the alleged crime," he said.

Economist and journalist Nikita Krichevsky believes that there was enough evidence collected against Serebrennikov. "No one needs to cramp detention facilities without a cause. The case is about an economic article, not about his "beliefs." If investigators want to arrest him or place him under house arrest, then the evidence is more than just serious, plus one must take into account the thing that is commonly known as investigative secrecy," he told TASS.

Kirill Serebrennikov's colleagues expressed their opinion on his detention.

"If it wasn't Kirill Serebrennikov, but someone else, who would pay attention to this? Such things happen in Russia every day. If it was a common person, no one would pay any attention. Yet, it appears that investigators have found something, and if they have found something, then what do they have to do? The people who make mistakes in their lives - they have my sympathies," director Andrei Konchalovsky said.

Vadim Gorshenin, the chairman of the Moscow Public Monitoring Commission, also commented on pre-trial restrictions for Mr. Serebrennikov: "If the director tried to put pressure on investigation and there is evidence to prove that, he will most likely be put in the detention centre. Obviously, this will not happen. They seek house arrest for Serebrennikov, because the director has residence permit in another country. Given the large amount of money in question, the court will most likely agree with the investigation.

"Many of Moscow's pretrial detention suspects held for economic crimes dream of house arrest. There are people, who spend months in detention centres on cases of much smaller financial scale. If the court sentences Kirill Serebrennikov to house arrest, it will give a reason to talk about hundreds of other prisoners who, according to the law, should also be given such a measure of deprivation of liberty to relieve detention centres."

Director Kirill Serebrennikov was arrested yesterday in St. Petersburg. He is accused of embezzling  68 million rubles, allocated in 2011-2014 for the implementation of "Platform" project.

On August 23, at about 4:00 pm Moscow time, the court selected house arrest as measure of restriction for Mr. Serebrennikov.