Fake fur fashion in the USSR: Synthetic luxury affordable to all

There was a time in the history of the USSR, when overcoats and fur coats made of fake fur were a lot more popular among Soviet fashionistas than similar products made of natural fur. 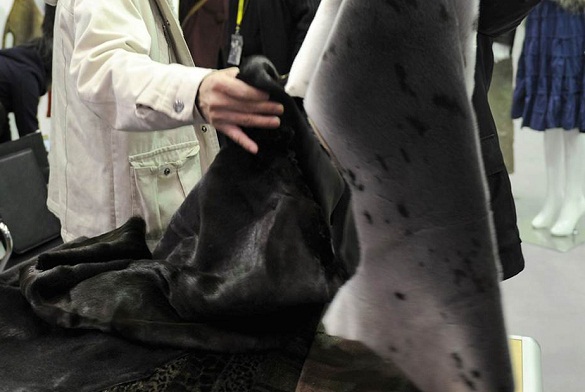 Of course, this was due to the high cost of natural materials in the Soviet era. A coat made of mink fur was just as expensive as a new car. At the same time, as long as Soviet people always wanted to know what Western people wear, it was foreign products made of synthetic materials that set the fashion for fake fur in the Soviet Union.

For Soviet producers, artificial fur was a revolutionary product in the fashion industry, because there were a number of distinctive features that made it superior to natural fur. First and foremost, it was the price. Fake fur coats were affordable to the overwhelming majority of Soviet people. Secondly and obviously, one does not need to kill animals to make fake fur clothes.

Breeding fur-bearing animals is time consuming, while the harvest is limited. The resource base to manufacture fur from synthetic fibers is practically unlimited. Thirdly, most of the artificial fur is produced by attaching the "fur" line to the woven substrate. The technology makes fake fur items lighter, whereas their lightness makes the transportation process faster and less expensive. To crown it all, fake fur clothes do not require any special storage conditions, nor do they attract any pests, such as moth.

For those who preferred winter coats, Soviet producers invented a material, which was known as "shubny meh" (coat fur). It was synthetic pile on one side and suede-textured natural material on the other side.

Artificial fur appeared in the late 1920s, but it was an experiment in the fashion world. It was only in the 1950s, when 100% artificial fur products made of synthetic acrylic materials made their debut on runways.

Synthetic fur became all the rage during the 1970s, when the general public was attracted to the topic of animal protection. Many famous actresses and wives of public figures would refuse to wear expensive natural fur, but most likely they would don natural fur coats when they would be hidden from the public eye.

In the USSR, one could also buy fake fur clothes made in pro-Soviet countries - Poland, the Czech Republic, the German Democratic Republic. Men would also wear sheepskin coats, hats and caps made of artificial fur.

The biggest disadvantage of artificial fur clothing was its poor heat insulation. Fake fur was not good for traditionally cold winters of the moderate climate zone of the USSR, no matter how "gorgeous" and eco-friendly it could be.