Hardly had well-known Serbian director and musician Emir Kusturica arrived in the Crimea than a chain reaction began in Kiev. The very next day, the name of the famous director was included on the database of the Ukrainian website "Peacemaker." The website positions itself as an online office of the centre for the investigation of crimes against the foundations of the national security of Ukraine. 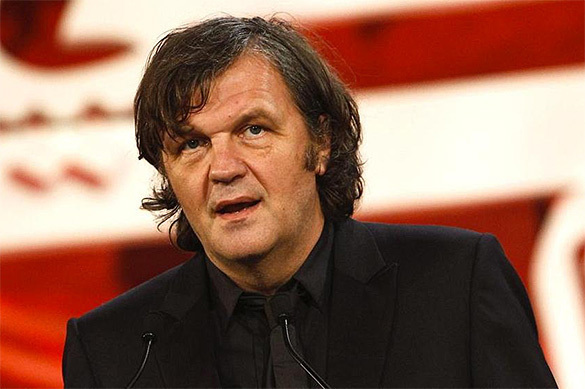 On the website, it was said that Emir Kusturica "deliberately violated the state borders of Ukraine" as he performed in Yalta with his band "The No Smoking Orchestra." Kusturica is not going to change his plans: he is going to travel around the Crimea in search of nature for filming. As for the question about the affiliation of the peninsula, the director said that it was the people themselves who had already answered this question. Pravda.Ru discussed this in a brief interview with Ukrainian human rights activist, lawyer and publicist, Tatyana Montian.

"Why is the infamous website focused on the struggle against Russian and foreign cultural figures visiting the Crimea?"

"How else can they promote the website? I have been on the list of the website for three years, and it does not mean anything, nothing has happened to me, no consequences at all. They try to make a name for themselves by putting famous people's names on the list. If they receive no media attention, they will fade away. Kusturica can only care less about that. This is not the first case. Russian zoologist and popular journalist Nikolai Drozdov was also included on the list."

"Ukraine has made it a tradition to expand the base of the "Peacemaker" website by adding famous people on the list. Have the creators of the website achieved the desired effect?"

"Of course not. Everyone laughs at this site. Its creators conceived this resource as a purely thievish and extortionary project, although they failed to succeed. If they put someone on the list, they do not profit from it. Most people simply laugh at them."

"The "Peacemaker" website also appears to be a tool for those Ukrainians who write reports about each other to the police."

"Let them do whatever they want. Nobody pays any attention to them, people do not take them seriously. No one has ever suffered from any consequences after their name appeared on the "Peacemaker" website. The business project has failed. They expected to make people pay them for removing their names from the "Peacemaker" base. Yet, they have failed to find even one fool who would want to do it."