Taking into account many parents' growing concerns about their children's addiction to fidget spinners, Russia's consumer protection agency Rospotrebnadzor ordered a study to determine how the toys affect children's behaviour and health. 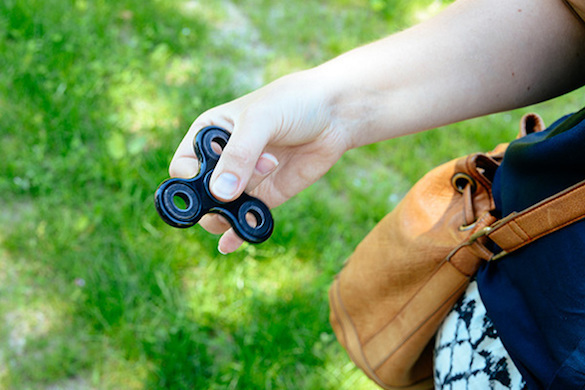 Fidget spinner is a toy that originally appeared in the US. It is believed that the toy appeared as a harmless tool to help its user concentrate attention and calm down the nervous system. Another version says that the toy was designed for the rehabilitation of children suffering from serious neurological disorders. In Russia, rotating toys became all the rage in April of this year. People began to actively order spinners on the Internet.

In May of this year, the increasing demand for spinners made several phone-making factories in China switch to the production of fidget spinners. In Moscow, one can find spinners selling at every metro station. Their primary customers are children and adolescents.

However, according to Rospotrebnadzor officials, parents and school teachers are concerned about the popularity of the toys, because spinners negatively affect children's performance and behaviour at school. It turns out that the toy does not settle children's nerves nor does it help them concentrate. On the contrary, it dispels attention and even makes children aggressive.

Rospotrebnadzor in cooperation with research organizations in the field of health care for children and adolescents will thus study the influence of spinners on children's health, including possible negative consequences.

In the meantime, the agency strongly recommends parents should carefully watch their children's addiction to the toy and pay special attention to possible chemical smell or increased noise of products. If these shortcomings are discovered, it is strongly recommended to discard defective toys immediately.