Syrian events demonstrate collapse of analytical journalism in the West

The recent events in Syria have showed the degradation of Western journalism. According to Swedish publication Proletären, newspaper articles and TV reports about the chemical attack in Syria's Idlib have made it absolutely clear: there is no critical and analytical journalism in the West anymore. 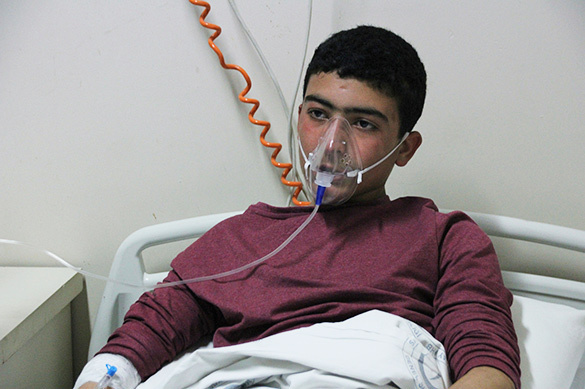 For example, Aftonbladet journalist Wolfgang Hansson "knew exactly" what had happened in Syria and why a couple of hours after the attack,. The newspaper published an article that accused Bashar Assad of the attack, while Russia was named as the second culprit.

Aktuellt journalist Anna Hedenmo was asking biased and one-sided questions to her guests, asking them why the Syrian regime was killing its people.

"There was neither analysis of sources nor any discussions of how difficult it was to understand what really happened in Syria. Nothing was said about the fact that the town was controlled by the forces that the UN defined as terrorists. They did not say anything about methods of warfare, when interested parties try to blacken their opponent in order to win international support," Swedish journalist Patrick Paulov wrote.

The journalist pointed out several facts to Western media. First of all, there is the so-called "opposition" in Syria that the US and Europe often sides with. There were several investigations conducted against members of the so-called Syrian opposition to look into the use of chemical weapons in the civil war in Syria. Moreover, it was established that en-Nusra terrorist organisation (banned in Russia) stored its chemical weapons in Syria.  Yet, no Western media found it unnecessary to bring this to light.

Secondly, the journalist noted, Russia assumed that the Syrian Air Force bombed a warehouse, where the "rebels" were keeping chemical weapons. This could be one of the reasons that caused the chemical attack. Needless to say, Western media found it unnecessary to mention what Russia thought on the subject. Sweden's SVT said, however, that information from Russia should be taken with "a fair amount of skepticism, because this country was a close ally of Syria."

To crown it all, why would Assad want to gas his own people before the whole world?

In December of 2016, Daily Mail columnist Peter Hitchens wrote that he was outraged by the lack of truth about the events in Aleppo in British mediaю He also claimed that the British authorities were loyal to the crimes committed by so-called "rebels."

According to Hitchens, the British media would transmit the information about events in eastern Aleppo at the time when there was not a single Western correspondent in the zone of the conflict, apparently for safety reasons.

Western  media prefer to close their eyes to real facts. According to representative of the Russian Foreign Ministry Maria Zakharova, Western journalists do not pay enough attention to the humanitarian disaster in Mosul, Iraq. The West ignores the information about the fate of Iraqi refugees and what those people have to go through. Instead, journalists prefer to"carefully avoid" their tragedy.