Yevgeny Yevtushenko: A poet who lived his life to the fullest

Poet Yevgeny Yevtushenko passed away on April 1. The last few years the poet had been suffering from cancer. Some time ago the disease had receded, but then returned, and the 84-year-old man had no more strength to fight it. Writer and publicist, permanent member of the Russian delegation to the UN General Assembly, Anatoly Salutsky, personally knew Yevgeny Yevtushenko and valued friendship with him. He recollected a few of his meetings with the poet in a special interview with Pravda.Ru. 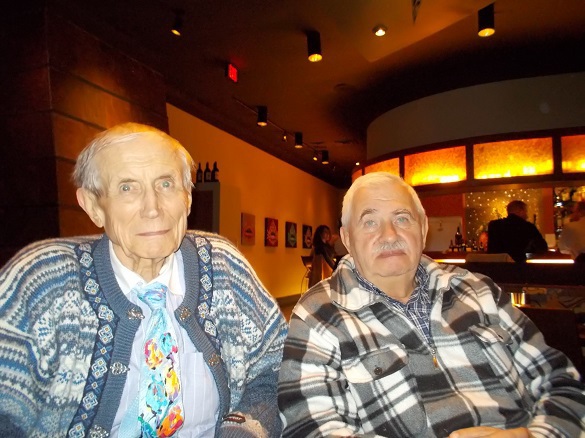 When I would come to the USA, I would often called Yevgeny Yevtushenko. I remember when I saw his photo in the Russian department of the library of the University of Hawaii. I immediately dialled Oklahoma, and the talks began about his coming to Hawaii. In December 2013, I telephoned him from New York, and Yevgeny tiredly said: "I'm sitting here in a wheelchair, my leg was amputated to the knee. So sad. If you can, come." The same evening I flew to Tulsa, and we spent nearly a day with Yevgeny.

The great and truly popular Russian poet Yevgeny Yevtushenko was temporarily living in the USA, in the city of Tulsa, Oklahoma, where he taught at a local university. I had known him for almost half a century, but I admit I did not know what a strong and courageous man he was. When he was 81 years old, he courageously decided to have his right foot amputated because of the threat of sepsis.

Even in a wheelchair, Yevtushenko was full of optimism and confidence. The poet was finishing work on the five-volume Anthology of Russian Poetry, which included best pieces of Russian poetry collected over the course of ten centuries. The anthology, of course, will become a true cultural monument, preserving the thousand-year history of Russian verse for descendants. I think that such a huge literary work, which does not know analogues, will attract the attention of UNESCO.

Clearly, we could not but recollect the topic of the meeting of the Literary Assembly, when the fight between Yevtushenko and Khrushchev occurred. Khrushchev thumped his fist on the table and shouted at the poet: "Only the grave will straighten out the hunchback!" Yevtushenko passionately landed his fist on the table in response and said: "I hope that the times when graves would be used for straightening are gone."

Very few know what happened next. Yevtushenko's bold answer to Khrushchev caused a storm of indignation on the part of writers. The poet was showered with the harshest of accusations. Later, Khrushchev called Yevtushenko and said: "They'll eat you alive. Come to the Kremlin for New Year's." In the Kremlin, Khrushchev demonstratively put his arm around Yevtushenko so that everyone could see it.

In Tulsa, we would compare the situation of the past with present days. Everything has changed so much! Today, when it is safe to criticise the authorities, some of the "advanced" intelligentsia make a name for themselves on their opposition to the Kremlin. The issue of paramount importance - "intelligentsia and power" - has been replaced with purely personal motives. Today, it is protest statements that set the style, it is all the rage to decline meetings with the president, because poets the citizens make very god profit on their opposition to the authorities.

Yevgeny Yevtushenko would write poems every day. He was also preparing for the presentation of his Anthology, which was to be held in early summer in Moscow. It was planned that this would be a grand feast of poetry in the Olympic Palace of Sports. Yevtushenko was hoping that he would be able to go up on stage himself.