Fools of all countries, Unite!

April 1, or April Fool's Day, has been celebrated worldwide for many centuries. The origins are so many that they are confusing; what is clear is that the date coincides with the beginning of the agricultural year in Europe. March 25 had been celebrated as New Year's Day, coinciding with April 1 in the Gregorian calendar. Was this the origin? 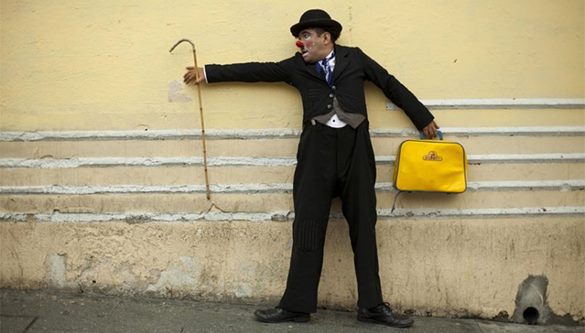 Perhaps, because those celebrating the "old" New Year after the Gregorian calendar was adopted in Europe after 1582 were thought of as traditionalists and were ridiculed; sometimes being sent on "fool's errands" and referred to as "fools". Certainly there is a connection with New Year, because it is the season of Fertility, when plants spring up and when fertility and life symbols are evoked. Easter, for instance, coinciding with the same time of year, has its origins in the Pagan Fertility Goddess Eostre, who was depicted with the symbol of the egg (eternity, no beginning or end) and the rabbit (fertility).

Exactly when the transition was made from New Year to April Fool's Day, however, is an enigma. If we follow the rule that Christian festivities are normally based upon Pagan rites internationalised by the Roman Empire, then we see that March 25 (later April 1 under the Gregorian calendar) was a Roman festival called Hilaria, a Day of Joy celebrating the resurrection of Attis.

If Christian rites were based upon Roman Pagan rites, then these were certainly based upon previous rites celebrated around the world, traders and human traffic forging new customs. We can trace this back as far as 536 BCE, the day of Sizdah Bedar, a day of playing pranks and jokes in Ancient Persia, celebrated on the thirteenth day of the Persian new Year (Norouz) on April 1 or 2.

The following are just a few examples of best media jokes:

The most famous joke of the 20th century was BBC's report about sensational pasta harvest in Switzerland which was been broadcast in 1957.

The report informed viewers of the trouble that the Swiss run into while trying to decide what to do with the harvest. "Winter was rather mild and farmers managed to exterminate pasta weevil," explained a BBC reporter.

The report caused major uproar in Great Britain. People were calling company headquarters to inquire about special methods to grow pasta. Their requests were politely answered: "Simply place one strand of pasta in a jar with tomato sauce and hope for the best!"

Big Ben will be electronic

In 1980 British Broadcasting Corporation has made another sensational announcement. The company stated that the legendary mechanical Big Ben will be electronic.

"The clock will be electronic in order to move along with the progress," reported BBC.

Once again the public was in a state of shock.

Lenin's body will be exhibited in Paris Disneyland

In 1995, The Irish Times published an article claiming that Disneyland executives were negotiating with the Russian government about purchasing Lenin's body.

In 1996, Russian information agency ITAR-TASS reported that one of the factories of the Russian Federation was planning to start producing hand grenades incrusted with diamonds. "In case you decide to blow up your enemy, it would be best to leave him covered with diamonds rather then lying in a puddle of blood," stated the source.