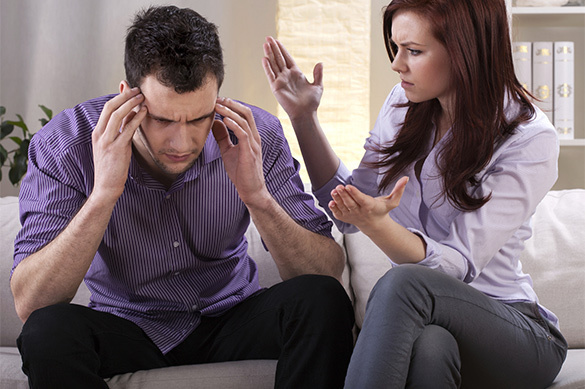 Eastern concepts on women's liberation are generally based upon two principles. First, they emphasise the motherly aspect of a woman. Second, they are based upon the principle that men and women complement each other and together form a complete unit. Mother symbolises the creative aspect. Women are more creative while men are more productive. Generally the creative aspect is higher than the productive aspect. Women are more sensitive, receptive and tolerant. Men are physically stronger and generally are more decisive and more willing to take risks.

However, these different qualities make men and women complementary to each other rather than make them opponents of each other. Together, they make one complete unit. Without a man a woman is incomplete and vice versa. Eastern concepts promote amity, togetherness and peaceful coexistence between the two sexes and the society. These are more compatible with nature as it works on the principle of diversity.

Western concepts do exactly the opposite. They present men and women as opponents. Women are made to feel that men are their oppressors and to be liberated means to struggle against them. The West highlights physical attraction as the main aspect of a woman's personality. This approach objectifies women.

The reason behind this approach is that by projecting woman more as a commodity rather than a person, this asset can be commercialised and utilised in the market. Women are used to promote the sales of everything from tooth paste to soap and from a car to a home. By inciting the nesting instinct in the women they make them avid and loyal consumers.

Consumerism limits the purpose of life to making more money and acquiring more comforts and conveniences. To be completely liberated means realising the purpose of your life and your true self.  A person who is lost in consumerism cannot be truly liberated. A person has the ability to reach the level of self realisation from self actualisation whereas a consumer lacks that. Therefore, liberation of men or women is not possible in the capitalist consumerist society. To achieve true emancipation, men and women have to work and struggle together to regain their personhood which they have lost to consumerism. Consumerism is promoting uniformity and is s far as negating diversity, including based upon the gender. The eastern concepts uphold diversity and pluralism. It means that we can be different yet equal. To be equal you do not have to be alike. In other words, women do not have to become like men to be equal to them.

In the last two centuries, under western domination, eastern concepts have either been suppressed or marginalised. The world has been deprived of eastern wisdom. Consumer culture of the West, which in reality does not civilise people and pushes them toward primitiveness and barbarism, was imposed on other cultures. Now, the established cultures, civilisations and religions have started to challenge the western domination. The Pope and many Islamic leaders have spoken against western consumerism. Putin has emerged as the strongest leader in the world because not only has he emerged as a strong national leader but also as a defender of Christian values. Whereas the leaders of two largest religions of the world, Christianity and Islam, have come out strongly in opposition to consumerism and its wrong values. Indian religious leaders have rarely criticised western consumerist culture.  Many of them seem to have been consumed by consumerism together with their other country men.

Some may question that if eastern concepts on women's liberation are superior then why women are subjected to cruelty and oppression there. I am only talking about the superiority of the concepts and the philosophy rather than social practice there. Why these concepts are not implemented there is entirely a different matter. As far as the eastern philosophy is concerned, there are many highly accomplished westerners who admire it. Hegel, who can be considered to be the philosophical teacher of Karl Marx and Carl Jung, the famous pupil of Sigmund Freud were great admirers of eastern concepts and philosophy. It should be the moral duty of us easterners to try to find the reasons why these great philosophical concepts could not be implemented there.
Sawraj Singh M.D. F.I.C.S.
Chairman, Washington State Network for Human Rights
Chairman Central Washington Coalition for Social Justice