Great Soviet gymnast Olga Korbut, who has been living in the United States for many years, has recently sold her Olympic medals at an auction. The world-famous "Korbut flip" has turned into the mediocre "garage sale." What was the reason that made Olga Korbut sell her lifetime achievements? 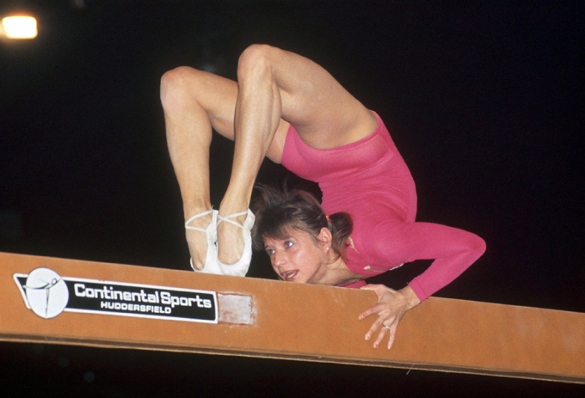 "Olga Korbut, a Soviet gymnast, sold her Olympic medals at Platinum Night auction for  183,300," the Izvestia newspaper wrote with reference to Heritage Auctions. Korbut auctioned her medals from the Olympic Games in 1972 and 1976. Team USSR gold medals were most expensive lots, the newspaper also said. It just so happens that Olga Korbut sold Olympic medals of the Soviet school of gymnastics.

Soviet athlete and coach in in gymnastics, Honored Master of Sports of the USSR, Lydia Ivanova, who was a close friend with Olga Korbut in the past, said in an interview with Pravda.Ru that Olga Korbut was indeed a very talented gymnast. "Yet, speaking about the talent of Olga Korbut herself, I should say just as many enthusiastic words about her coach Renald Knysh. If it wasn't for their union, she wouldn't have achieved her results. Coach Renald Knysh was very good at inventing superoriginal programs for international competitions and Olympic Games.

"Olga was named best athlete of the Munich Games in 1972 because of that. How did the Germans pick the best athlete of the 1972 Olympics? They would announce athletes' names and voters would switch off the light in their homes. When they announced the name of Olga Korbut, Munich went dark. She was a true superstar.

"However, years after her departure from the Soviet Union, Olga Korbut made a shocking announcement for the world. She claimed that her coach, Renald Knysh, was sexually harassing her when she was a 16-year-old teenager."

According to Lydia Ivanova, Olga Korbut started defaming her dear coach all of a sudden. "I think there was something that made her go to the yellow press, maybe there was a reason that made her make such an announcement. I do not know whether he harassed or raped her. It was coach Knysh that made her a superstar in gymnastics."

"She married Leonid Bortkevich, a member of Pesnyary music ensemble, and flew to America," Lydia Ivanova told Pravda.Ru. "I have to say that the USA has developed gymnastics because of Korbut. The Americans used to have no achievements in this kind of sport. However, soon after Korbut settled in the USA, children's schools started opening in the country one after another, and it was because of the name of Olga Korbut and her stardom. The USA would make her expensive gifts - houses, cars and so on.

"She then divorced her husband and they had problems with their son Richard, who found himself in jail. I think that Olga was resting on laurels - she wasn't working much. Did she want to work as a coach in the USA? Coaches are always in demand, but it appears that she did not have enough leadership qualities for that. She had missed the moment, and her world - family and children - all fell apart," Lydia Ivanova told Pravda.Ru.

"She has fallen to the level when she put up her medals for auction. I may assume some problems as alcoholism, health problems, other situations, God forbid, but as far as I know, none of that was the reason. I can not find an excuse for what she has done," Ivanova concluded.

"Yes, she was a great gymnast, probably, she was a little underestimated. Maybe her life here or in Belarus would have been different, but she went to America. In the USA, they have their own rules of life, their own problems. I think that she had some difficulties there that she could not handle, but I do not know why it happened," Alexander Dityatin told Pravda.Ru