Tatiana's Day: Day of all Tatianas and students

On January 25, Russia celebrates St. Tatiana Day. On this winter day, the Russians honor martyr Tatiana of Rome, who was executed in the III century for her Christian beliefs. For many centuries, St. Tatiana is considered the patroness of Russian students. Many Russians associate St. Tatiana Day with customs and traditions that take their roots in distant past. 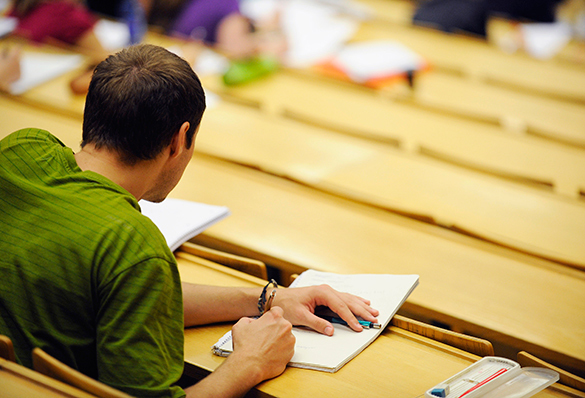 In Russia, Tatiana's Day used to be called "Tatiana of Epiphany", because the day comes shortly after the holiday of Epiphany. The tradition to celebrate the day of January 25 as a special day dates back to pagan times. It was on Tatiana's Day, when pagan Slavs would start calling spring to come. To do this, they would bake breads in the shape of the sun. Every family member was supposed to eat a piece of the bread to receive at least a little of its warmth.

On the morning of St. Tatiana Day, peasant girls would go to the river to beat dust out of home rugs. They would wear special clothes for the ritual, because village guys would then help them take the rugs back home and hang them to dry on fences.

In another ritual, young women would make small brooms from rags and feathers and hide them in the houses of young men, whom they loved and wanted to marry. It was believed that if a woman could do it skillfully, the young man would marry her and their marriage would be long and happy.

Tatiana of Rome, the patroness of students

On January 12 of 1755 (Jan. 25, New Style), Russian Empress Elizabeth signed a decree to open the Moscow University. Years later, the home church of St. Tatiana was opened in one of the wings of the old university building on Mokhovaya Street. Since then, St. Tatiana has been considered the holy patroness of Russian students. Originally, the holiday would be celebrated only in Moscow. An official ceremony and prayer service would be held at the church of the university before young people were allowed to celebrate the holiday in the streets and in restaurants. On this day, gendarmes would not arrest drunken students. Instead, they would salute them and ask if they were in need of assistance.

After the October Revolution, Tatiana's Day was all-but-forgotten. A temple in honor of Martyr Tatiana was opened at the Moscow State University in 1995, and the holiday reentered the lives of Russian students again. The date of January 25 was officially announced as the Day of Russian students in 2005. The day coincides with the end of exam sessions and the beginning of student holidays.

Russian students have their own magic rituals relating to Tatiana's Day. For example, if a student has to take an exam, they should grab their record book and look out of a window at midnight. One needs to wave the record book in the air and shout: "Free ride, come to me!" Wonderful, if a neighbor responds "Coming now!" In this case, the exam will go just fine, without much effort or stress.