Georgy Zhukov's daughter: 'My father could have become a skinner'

December 1 marks the 120th anniversary since the birth of Marshal of Victory, Georgy Zhukov. He was a commander of his time and his people: tough, strong-willed and uncompromising. So historians write about it. 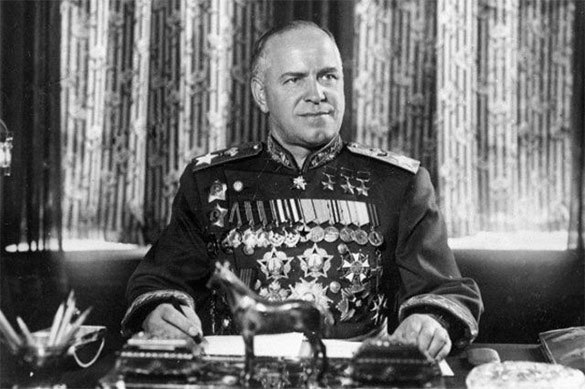 What kind of a person was Georgy Zhukov in his family? How do his family remember him? Pravda.Ru managed to speak to a daughter of the great military leader, Era Zhukova.

"We know Georgy Zhukov as the Marshal of Victory. How do you remember him? What kind of a person was he in your family?"

"For me, of course, he was not a marshal. First and foremost, he was my dear and beloved father, who loved us - me and my sister. I have only warmest and most touching memories of him. Whatever I may remember about him - everything warms my heart. He was a wonderful farther, even though he was very busy and had high standards as far as his job was concerned. Still, he would find time for his daughter - an amazing father he was.

"When home, he would try to relax, move away from serious problems that he had to deal with at work. We would often ask us about school and our daily routines. He gave a lot to us with his kindness and attention."

"Has any of the children followed in his footsteps?"

"Unfortunately, no one has. We are all civil people. My younger sister's son studied at the Military Academy, but he then switched to civil work too. In our family, my father was the last who had a military career."

"There is no dynasty then, is there?"

"No no. We would have never reached his highs. He was an outstanding soldier, a man of outstanding military talent. Maybe that's why God decided to stop on him."

"How do you understand his role in history?"

"It's hard for me to judge, but knowing him, his attitude to work and the army, knowing that army came always first for him, I believe that he had devoted himself entirely to the army.  He had deserved all the titles and honors that people still give him. He had deserved all of that, without undue modesty."

"In 1957, Zhukov was expelled from the Central Committee of the CPSU. He was removed from all posts in the army and in 1958 he was dismissed. For what?"

"This question awakens so many unpleasant things in me. Of course, he did not deserve that. He suffered because of envy in the top administration. His entire life was about the army. He had done everything he could to make the army stronger.

"As for Khrushchev, it was a disgrace. He made such a low decision, when he ordered to send my father to another country to hold all those events quietly to poison the memory of the person, who had done everything for the Victory. I think that my father's health deteriorated because of that too. He could have lived longer."

"Why did he become a military man?"

"He was born in a village, in a simple and poor peasant family. His father was a shoemaker, his mother was also a peasant. When a child, he apprenticed to a furrier, a skinner. He probably would have become a furrier, if it was not for the events in the country. He was conscripted and found himself in the cavalry of the statist army. He fell in love with horses and everything equestrian. He was an excellent cavalry officer. After demobilization he fell ill and stayed home in his village. Some time later he joined the Red Army and became a military man.

13:33
Biden falis to pronounce the name of the US in a public speech
13:19
Captured Ukrainian militant: NATO experience is useless in real combat
12:48
Nearly 1,000 fighters leave Azovstal and surrender to Russian forces
19:01
Putin: EU's refusal of Russian energy resources is an economic auto-da-fé
16:56
Finnish parliament votes for country's membership in NATO
15:47
Finnish admiral suggests Russians be buried in the land of Finland, as in 1939
13:06
Moscow says Finland and Sweden's entry into NATO will 'untie' Russia's hands
12:53
Kremlin declared the United States hostile to Russia
21:11
Ukraine blows up ammonium nitrate to accuse Russia of chemical attack
19:35
German Leopard 2A4 heavy tanks spotted in Ukraine
Hotspots and Incidents
Up to 16,000 Ukrainian soldiers entrapped in Luhansk People's Republic