Why denouncing terror attacks is not enough 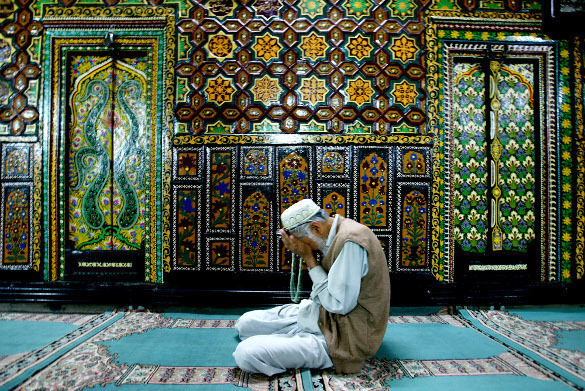 Past several months of the world, saw horrific scenes of violence, terrorism, clashes and even a coup attempt. From Istanbul to Baghdad, Dacca to Medina, Gaziantep to Ankara, innocent people were struck and targeted by unimaginable evil. I hope that very soon these atrocities come to a definitive halt and the world finally sees the days of love and harmonious co-existence that it has been longing for.

Terrorism should always be strongly condemned regardless of the underlying reasons of this horrible act, as there can be no excuse or justification for terror. Slaughtering defenseless people simply because they had differing ideas or just because they used offensive remarks is nothing short of sheer barbarism.

Those who perpetrate their outrageous massacres using the name of 'Islam' and calling it 'jihad' are actually murderers according to the Qur'an as the Qur'an states that killing defenseless, innocent people is outright tyranny. God bans terrorism and all similar acts of violence and condemns those who are engaged in such acts. Ironically this barbaric, violent and horrible radicalism is acting in the name of Islam.

Needless to say, the overwhelming majority of the world's Muslims are peaceful and they denounce these horrible acts of terrorism. Yet, this doesn't change the fact that radicalism is spreading and growing like a cancer in the Islamic world. For this reason, if peaceful Muslims merely settle with condemning such acts and then retreat into the background without trying to understand the reasons for it, or working to cure the illness, the onset of more disasters will be inevitable.

Furthermore, many Muslims who consider themselves peaceful believe in the very same superstitions that feed the ideology of the radicals. If a Muslim doesn't resort to violence, but still harbors a blind enmity toward the non-believers, refers to non-Qur'anic resources as justification for his bigoted mindset, he is but another prisoner of the same false ideology. For this very reason, the first step should involve understanding the nature and causes of radicalism and finding ways to solve it within Islam.

Terrorism will not end by rallies, or condemnation by world leaders, or simply by saying 'Islam is the religion of peace'. The Islam of the Qur'an - freed from the fabricated hadiths and traditional interpretation of the bigots - is the religion of peace, and there is coexistence, freedom of thought and expression in the Qur'an. However, Islam of radicals and bigots is far beyond this, and to solve this problem, it is imperative that the Islamic world is shown these facts persistently, with evidence from the Qur'an, and sufficient explanations and through educational campaigns. Indeed, a wide-ranging campaign is urgently needed to purge the Islamic world from the superstitions inflicting it. The support of the Western world is certainly important, but the real duty in this undertaking lies upon Muslims.

The best way of freeing people from this bigoted philosophy is a systematic and accurate education program. It is essential for religious education in Muslim countries to be based on only the Qur'an. New generations must learn the faith from the Qur'an itself, not from fundamentalist books consisting of superstitious hadiths.

The fanatical perspective, also referred to as fundamentalism, leads people into darkness. Fanatics are excessively devoted to their own ideas and reject all other ideas and are often all too willing to implement policies of violence when they regard that as necessary.

Since they are blind to the truth, they have no compunction about responding to contrary ideas with aggression. For that reason, the people of the world are increasingly divided into thousands of groups that have adopted violence as a philosophy of life, and each one regards itself as on the right path, while admitting no right to exist to any of the others. As a result, war and conflict go on endlessly.

All this turmoil can be brought to an end through serious measures being taken in the field of education across the world. Muslims who follow the true path as described in the Qur'an settle matters with gracious talk, which makes the disturbing aspect of other parties' attitude clear and lets them know how they feel. In that sense, there is no need to say that any form of violence is in no way acceptable or lawful while handling dissent; that should be clearly understood by all. And ultimately, the Qur'an reveals the value Islam attaches to human life and the outrageous nature of taking life in one verse:

The writer is a TV commentator who has authored more than 300 books translated into 73 languages on politics, religion and science