Myths about Stalin: Why do they lie about Great Patriotic War?

June 22 marks 75 years since the beginning of the Great Patriotic War. Today, it is extremely important today to know the truth about how European powers were dividing the world. Pravda.Ru editor-in-chief Inna Novikova talked about the legacy of WWII with author of "The Great Patriotic War - True vs. Myths," rector of the Moscow Humanitarian University, sociologist and historian, Igor Ilyinsky. 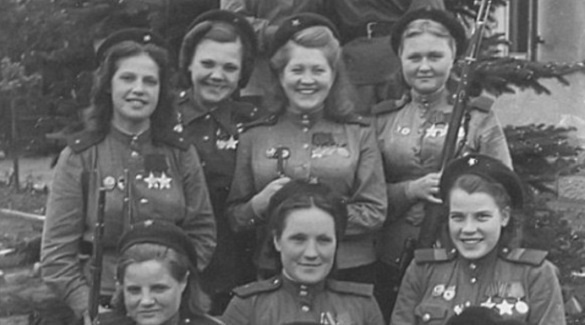 "Where do myths about the war come from?"

"Myth-making is necessary for any state. Any myths - political, historical - should be treated with understanding that they are created by sitting governments with a goal to put certain dogmas into people's minds, especially when it comes to military operations.

"With the onset of perestroika in the Soviet Union, newspapers, TV screens and cinemas were overfilled with all sorts of opinions about the events and personalities of the time. For objectivity's sake, one should say that some of what was said was true, because archival materials were unsealed. Something else was nothing but blatant lies that pursued  specific political objectives. For many people, "history is politics, overturned in the past."

"Some people say today that there were no feats committed by such well-known heroes as Alexander Matrosov, Zoya Kosmodemyanskaya and Liza Chaikina. All of those stories had actually happened, but it was Soviet myths that added their specific accents to those stories. Something could be exaggerated, but the most important thing is that those people had died heroic deaths. It is pointless and immoral to deny this.

"A lot has been written and rewritten about our "infamous" Soviet past: the people rebelled against the regime during the war, then there was "dictatorship" and "totalitarianism" and God knows what else. I myself, for example, was born in 1936, and I grew up in that "totalitarian" society and was able to receive two technical secondary, and then two higher educations. I was a normal, perfectly normal guy, and I always could say what I wanted to say and I could write what I wanted to write. I did not have any hatred or anger to the then social system. Yes, I had seen its flaws and problems, but I also wrote about them, as a scientist and a researcher. Today, as a researcher, I affirm that our world is going crazy."

"How would you comment on the myth that Stalin and Hitler were sympathetic to each other? Allegedly, the most terrible war broke out by mistake, because the two tyrants could not share something with each other."

"This is nonsense. Hitler, as evidenced by German archival materials, respected Stalin at some point as a person, who could govern such a huge country. The Fuhrer called Stalin the "Tiger." Stalin was indifferent to Hitler - he despised him. When the participants of the Potsdam Conference were offered to go and see where Hitler's body was burnt, Stalin said that he was not interested in that."

"But what about his toast "To Hitler!" during his dinner with Ribbentrop in Moscow?"

"Politics is a cynical thing. Do you believe that Stalin, who by that time had realized that the war with Nazi Germany was inevitable, was speaking from the heart? For several years before that, Stalin had been trying to put together an anti-Hitler coalition. British and French delegations had arrived in Moscow ten days before the aforementioned dinner. The talks with those delegations returned zero results.

"The idea of ​​a non-aggression treaty came from Hitler, not Stalin. The Soviet Union had already been preparing for the upcoming war. We needed extra time and we got it - 22 months. Was it not worth a toast?"

"Many say in the West today that Stalin and Hitler "divided" Europe in 1939, and Stalin enslaved the Baltic States and snatched parts of Poland and Romania."

"The secret protocol annexed to the agreement defined the zones of Germany and the USSR. The zone of the USSR included Finland, Lithuania, Latvia, Estonia, Bessarabia and the western part of Poland.

"The geographical pattern at the time when the agreement was signed was as follows: Leningrad was 30 kilometers from the border with Finland. The distance from the Polish border to Minsk, Belarus, was 35 kilometers. The war was just around the corner.

"Now people say that the non-aggression pact unleashed Hitler's hands, and he started the war. The pact was signed in 1939! And the year before, Hitler's troops had occupied Czechoslovakia. Germany demanded declaration of independence from Slovakia, Poland and Hungary snatched pieces of Czechoslovakia, and the country ceased to exist. Was it not a war?

"On March 11, 1938, Britain and France gave their guarantees to Poland, and exactly one month later, on April 11, Hitler signed the Weiss plan - the plan to attack Poland that was supposed to take place no later than September 1, 1939. Stalin was aware of the plan.

"In other words, everything had been predetermined before the Non-Aggression Pact was signed. The USSR was ready to join the anti-Hitler coalition, but the talks on the subject ended with nothing on 21 August 1939. On August 22, Hitler learned of the news. He sent a telegram to Stalin, and Ribbentrop immediately flew to Moscow. The agreement and the protocol thereto were singed on August 24 overnight. We had nothing left to do. In Europe, the war was in full swing. On September 1, 1939, Hitler invaded Poland, and Britain and France declared war on Germany.

"It is also said that Stalin believed Hitler and was not prepared for a war with him. In fact, the non-aggression pact was one of the components of the preparations for the war. As for the suddenness of the German attack on the Soviet Union, it was the power of the Nazi troops that Hitler had concentrated on the border and the massive attack on the Soviet Union from the air, from sea and from the ground that came as a surprise. Later, Marshal Zhukov reaffirmed that Germany's massive attack came unexpected indeed.

"By June 1941, we had had a lot of everything: enough tanks and airplanes. The question  is whether it was enough to conduct a full-scale motorized war and to which extent the hardware met the requirements of the moment. For example, the USSR had 19,000 aircraft. That's a lot, but we had to have 19,000 more. The USSR did not have an advantage in the amount of weaponry.

"Stalin himself said that the coming war would be the war of motors. Actually, one should once and for all stop thinking of Stalin as an idiot in the military field. This, incidentally, brings up a very important question: Stalin is still virtually absent from the history of the Great Patriotic War. What did Churchill say of him? When Stalin would enter the room, everyone would rise from their seats and stand to attention. Stalin, as the Commander-in-Chief, was commanding whole fronts, rather than companies of soldiers. There were 14 of 15 fronts! They say today that it was the Soviet people, who won the Great Patriotic War. But who was the commander of those Soviet people?"

"Here is another thesis: the victory was not worth the price that the country paid for it."

"The price of Victory is the main point of all of this war-related mythology. Some people wonder whether we had to pay such a huge price. Maybe we should have surrendered Moscow and Leningrad? The French had surrendered Paris and it was ok. Yet, it is enough to analyze numbers, and everything becomes clear. The combat losses of the Red Army made up 10.1 million people - a figure comparable to the losses of the Germans. The remaining 14.1 million people were non-combat losses. They were mostly those, whom Nazis killed on the occupied territories."

"Do you think that June 22 may reoccur these days?"

"War was not excluded in the previous years, and it is not excluded now either. Russia has no other choice but to pump up its muscles. If you want peace - prepare for war. This is a moth-eaten truism. The American philosophy concerning Russia is based on one idea: the Russians can understand only the language of force, and the Americans have to be strong to defeat the Russians. In fact, the Cold War that the US unleashed against the Soviet Union continues today against Russia. It has never stopped actually, but I think that we will win this war, like we did in 1945 to let everyone know - do not touch Russia.