Ten refugees to compete at 2016 Olympics in Rio

UNHCR, the UN Refugee Agency made an announcement on June 3, 2016, stating that the International Olympic Committee (IOC)of the refugees who will compete as a team in the upcoming 2016 Olympic Games in Rio de Janeiro. 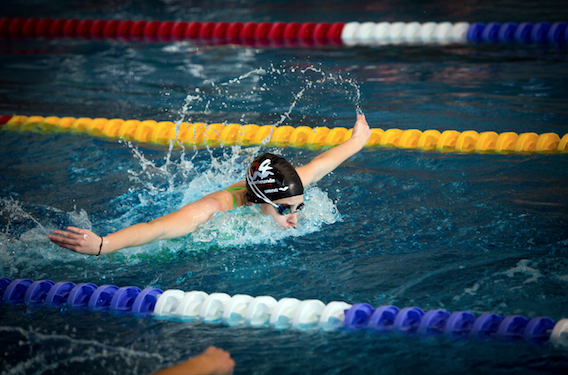 The participation of a refugee team in the Olympics represents a major milestone in UNHCR's long-standing partnership with the IOC. This relationship, which dates back 20 years, has been instrumental in promoting the role of sports in the development and well-being of refugees, particularly children, all over the world.

The announcement of the refugee team coincides with the launch of UNHCR's #WithRefugees Campaign which is an integral element of the UNHCR - IOC partnership for the 2016 Rio Games. The cornerstone of the #WithRefugees Campaign is a petition asking governments to ensure that every refugee child gets an education, that every refugee family has somewhere safe to live, and that every refugee can work or learn new skills to make a positive contribution to their community. The petition will be handed in before the UN High Level meeting on Refugees and Migrants, scheduled for the 19th September in New York.

The refugee team members as announced by the IOC are :

- Rami Anis, 25, Syria, 100-metre butterfly : He started formal swimming training as a 14-year-old growing up in Aleppo. He credits his Uncle Majad, who swam competitively in Syria, with instilling a passion for competing in the water. 'Swimming is my life,' Rami says. 'The swimming pool is my home.'

- Yolande Mabika, 28, Democratic Republic of the Congo, middleweight : Fighting in the eastern Democratic Republic of the Congo separated Yolande Mabika from her parents when she was a young child. She remembers little else but running alone and being picked up by a helicopter that took her to the capital, Kinshasa. There, living in a centre for displaced children, she discovered judo.

- Paulo Amotun Lokoro, 24, South Sudan, 1,500 metres : Living in a refugee camp, Paulo excelled in school sports, ultimately gaining a spot on the refugee squad now training near Nairobi under the guidance of Tegla Loroupe, the renowned Kenyan runner who holds several world records. 'Before I came here I did not even have training shoes,' he says. 'Now we have trained and trained, until we see ourselves at a good level, and now we know fully how to be athletes'.

- Yusra Mardini, 18, Syria, 200-metre freestyle : Not long after arriving in Germany in September 2015, she started training with a club in Berlin, Wasserfreunde Spandau 04. Now 18, she is preparing to compete in the women's 200-metre freestyle event at the 2016 Olympic Games in Brazil, as part of the Refugee Olympic Athletes team.

- Yiech Pur Biel, 21, South Sudan, 800 metres : He knew early on that if he wanted to make it in life, he would have to do so on his own. Forced to flee the fighting in southern Sudan in 2005, he ended up on his own in a refugee camp in northern Kenya. He started playing football there, but grew frustrated at having to rely so much on his teammates. With running he felt greater control over his own destiny.

- Rose Nathike Lokonyen, 23, South Sudan, 800 metres : Until a year ago, Rose Nathike Lokonyen barely knew the talent she had. She had never competed, even as an amateur, after fleeing war in South Sudan when she was 10 years old. Then, during a school competition in the refugee camp in northern Kenya where she lives, a teacher suggested that she run a 10-kilometre race. 'I had not been training. It was the first time for me to run, and I came number two,' she says, smiling. 'I was very surprised!'

- Popole Misenga, 24, Democratic Republic of the Congo, middleweight : He was just nine years old when he fled fighting in Kisingani, in the Democratic Republic of the Congo. Separated from his family, he was rescued after eight days in the forest and taken to the capital, Kinshasa. Popole became a devoted judoka, but each time he lost a competition his coach locked him in a cage for days with only coffee and bread to eat. Finally, at the 2013 world championships in Rio, where he was deprived of food and knocked out in the first round, he decided to seek asylum.

- Yonas Kinde, 36, Ethiopia, marathon : He, who has lived in Luxembourg for five years now, rarely stops moving. He's been taking French classes regularly, and driving a taxi to earn a living, all the while pushing himself to become a better runner. In Germany last October, he completed a marathon in the impressive time of 2 hours and 17 minutes.

- Anjelina Nadai Lohalith, 21, South Sudan, 1,500 metres : She has not seen or spoken to her parents since she was six years old and was forced to flee her home in southern Sudan. She knew she was good at athletics after winning school competitions at the refugee camp where she now lives in northern Kenya. But it was only when professional coaches came to select athletes for a special training camp that she realised just how fast she was. 'It was a surprise,' she says.

- James Nyang Chiengjiek, 28, South Sudan, 800 metres : At age 13, James Nyang Chiengjiek fled his home in what was then southern Sudan to avoid being kidnapped by rebels who were forcibly recruiting child soldiers. As a refugee in neighbouring Kenya, he attended school in a highland town known for its runners and joined a group of older boys training for long-distance events. 'That's when I realised I could make it as a runner - and if God gives you a talent, you have to use it,' he says.