May 6, 2015 marks the first day of the World Ice Hockey Championship 2016 that Russia is hosting. German publication Rheinische Post tried to dispel myths about Russia as the host of the tournament. 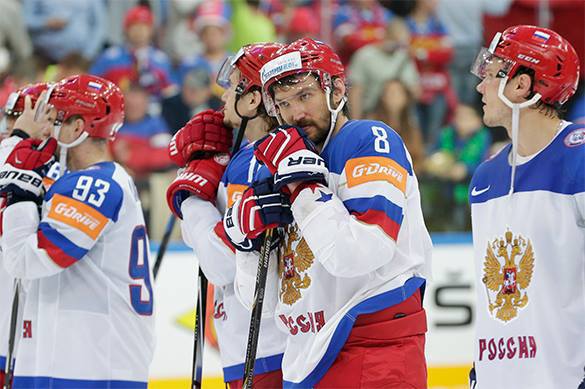 According to the German publication, many know a lot about Russian ice hokey. However, how many prejudices are there among well-known "facts?" Is it true, for example, that during the Soviet times, hockey players would be exiled in Siberia if they lost? Do all Russian hockey players dream about the NHL?

Myth No.1: "Every Russian hockey player wants to play in the North American professional league NHL." Indeed, this is the biggest dream for many Russian hockey players. For such people, Alexander Ovechkin, who plays for Washington Capitals, is an example to follow. However, Russia attracts players in the Continental Hockey League with millions oil and gas revenues. Some athletes, such as Ilya Kovalchuk, return from the States.

Myth No. 2: "The most important thing for Russia is victory over the United States." As the newspaper writes, victory over American competitors is no longer of paramount importance for the Russians. Russia's biggest and strongest rival in ice hockey is Canada. It was the Canadians, who made the Russian ice hockey team suffer quite a few very painful defeats.

Myth No. 3: "Russia performs so well in ice hockey, because Russian winters last long, and Russians can be considered co-inventors of this game." Ice hockey in its modern form originated in the 1840s in Canada. The sport appeared in Moscow only 100 years later.

Myth No. 4: "Soviet athletes were playing so well, because they either had to win or go to Siberia." When the Soviet team lost, as it happened in the championship in 1972 in Czechoslovakia, Moscow was very much upset, of course. Then, Czechoslovakia "took ice revenge" on the USSR for the "military invasion in 1968," says the author of the article. Several players had to leave the national Soviet team, though, and coach Viktor Tikhonov developed harder training for the team, but no one was ever sent to Siberia.

Myth No. 5: "Championship in Russia: Fine, but the Continental Hockey League is boring." Moscow looks up to the glamorous NHL with respect and envy, the author believes. However, the gap between the leagues has been diminishing. In Russia, modern arenas appear one after another. The final game between CSKA Moscow and Magnitogorsk was consistent with international standards, the Rheinische Post said.

In 2016, Russia hosts the World Ice Hockey Championship for the third time. Millions of hockey fans watch this grand sports event all over the world. This year's championship is the 80th for the IIHF.

Noteworthy, in 2014, Hollywood director and producer Gabe Polsky made a documentary titled "Red Army," which tells of the grand hockey confrontation during the Cold War. The main character of the film is the Soviet national ice hockey team, the most popular and the most famous team since its inception in 1945. It was the team that never returned from tournaments without awards. The Americans dubbed the Soviet team the "red machine" for nearly mathematically calibrated, precise and accurate movements of the players. Both the Americans and the Canadians were mesmerized with the game of the Soviet hockey team for long.