Seventeen years have passed since January 27, 1999. They were 17 years of intense and sometimes difficult history of the Pravda.Ru publication. 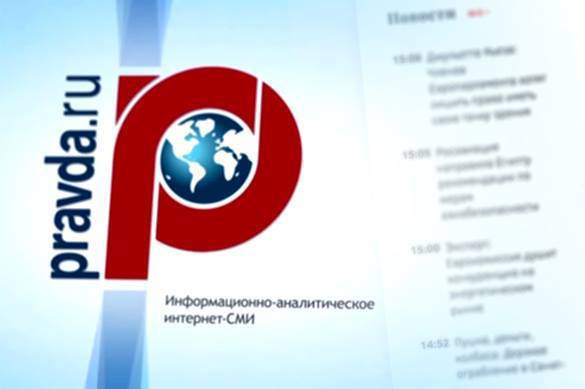 Although this is not a jubilee, we have survived the turn of the century, hard times of the 2000s and are still experiencing a plethora of surprises of the last decade. Obviously, we have something to remember.

Pravda.Ru publication was created in 1999 by the people who used to work at Pravda the newspaper. We call those people Pravdists. Therefore, Pravda.Ru is directly related to the Soviet newspaper Pravda that used to be one of the leading publications of the world in the 20th century.

As a result of the tragic closing of the "mouthpiece of the Kremlin" and Pravda's breakup into three newspapers and three offices in 1991-1997, one of those "Pravdas" became online publication Pravda.Ru in 1999.

However, we had to prove our succession to one of the leading publications of the last century at court at a trial that ended successfully for us.

The court ruled that Pravda.Ru, like the Communist Pravda, was entitled to use the name and the orders.

Nowadays, Pravda.Ru is published in four languages ​​- Russian, English, Italian and Portuguese. Each of these versions definitely has something to be proud of. Our English version comes second in Russia after RT. The Portuguese version became the first page in the rankings of such Russian publications. The Italian page continues developing, and well-known citizens of this country continue giving us their comments.

A contemporary media outlet should have a broad outlook and act as a platform for solving any disputes through arguments and discussions. We have proved that by publishing a column by US Senator John McCain that caused quite a stir in the world.

"We do believe that problematic issues are better to be discussed through the press rather than by means of saber-rattling ... Russian media today are no less open to debate than Western publications," chairman of the board of directors of Pravda.Ru, Vadim Gorshenin said.

Therefore, 17 years later, Pravda.Ru is still willing and able to remain a platform for discussions. We are ready to expand, hear, listen and communicate in the language of the truth, no matter what language it may be. After all, everyone has their own truth...

May we congratulate ourselves and you, dear readers, and wish a very happy birthday to Pravda.Ru!